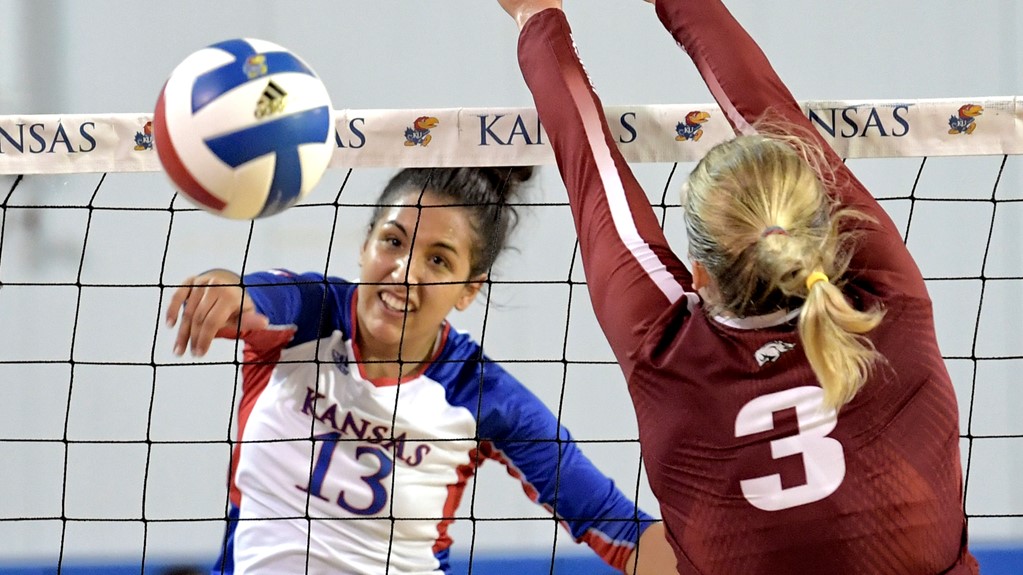 University of Kansas volleyball player Patricia Montero, a member of the Puerto Rican women’s national volleyball team, left Friday’s match against Dayton with an injury, and didn’t play in the team’s 2nd match against College of Charleston.

“We will evaluate Patricia and hope for the best,” Kansas head coach Ray Bechard said She left the court and we had to replace her with someone who has never played that role before. For the team to hold it together in a situation that you can’t practice was good to see. In the fifth set, when we got a lineup out there that everyone was a little more comfortable with, we did a really good job at finishing the match.”

The junior outside hitter had a double double with 12 kills and 11 digs in spite of leaving the match in the 4th set, and leads the Jayhawks in kills early this season. She missed the 2017 season after suffering an ACL injury before the season even began.

Rachel Langs, listed as a middle blocker, came onto the court after the Montero injury.

Kansas won the day’s first match over Dayton 3-2, and then beat College of Charleston by the same score to move to 3-1 on the season. Their only loss came 3-1 to Arkansas on Sunday, after beating the Razorbacks earlier in the weekend. In the second match, junior outside hitter Ashley Smith led the team with a career-high 18 kills.