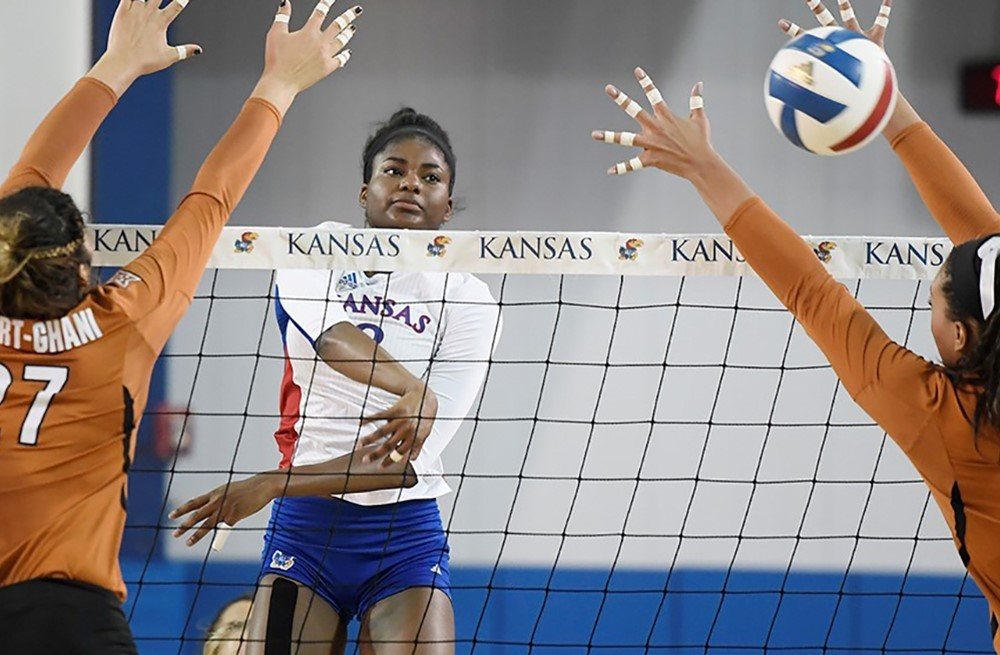 Payne is the Player of the Year after helping lead the Jayhawks to their first Big 12 title. The junior ranked in the top three in kills (4.07 per set) and points (4.77) during conference action this year.

Defending her 2015 Setter of the Year title, Havili is the first setter to win multiple titles since the accolade was first awarded in 2012. During conference play, Havili averaged 10.71 assists per set and helped lead the Jayhawks to one of the league’s top hitting percentages.

White was a unanimous selection as Freshman of the Year. The outside hitter finished her inaugural season ranked third in the league in points per set (4.64) and fourth in kills per set (3.98).

Bechard tabs his second consecutive and fourth career Coach of the Year honor, voted on by his peers. In addition to his status as the winningest coach in KU volleyball history, Bechard claimed the program’s first conference title on his way to leading his Jayhawks to a 26-2 overall record and 15-1 in the Big 12. Kansas enters the NCAA tournament ranked fourth in the nation with a No. 5 seed.

Ten student-athletes make up the All-Big 12 Second Team, including a pair from Baylor, Iowa State, Kansas State and Texas Tech while Kansas and Oklahoma each add one. Three selections on the All-Freshman Team were unanimous: Iowa State libero Hali Hillegas, Texas’ White and West Virginia’s Caffrey.

News courtesy of the Big 12.