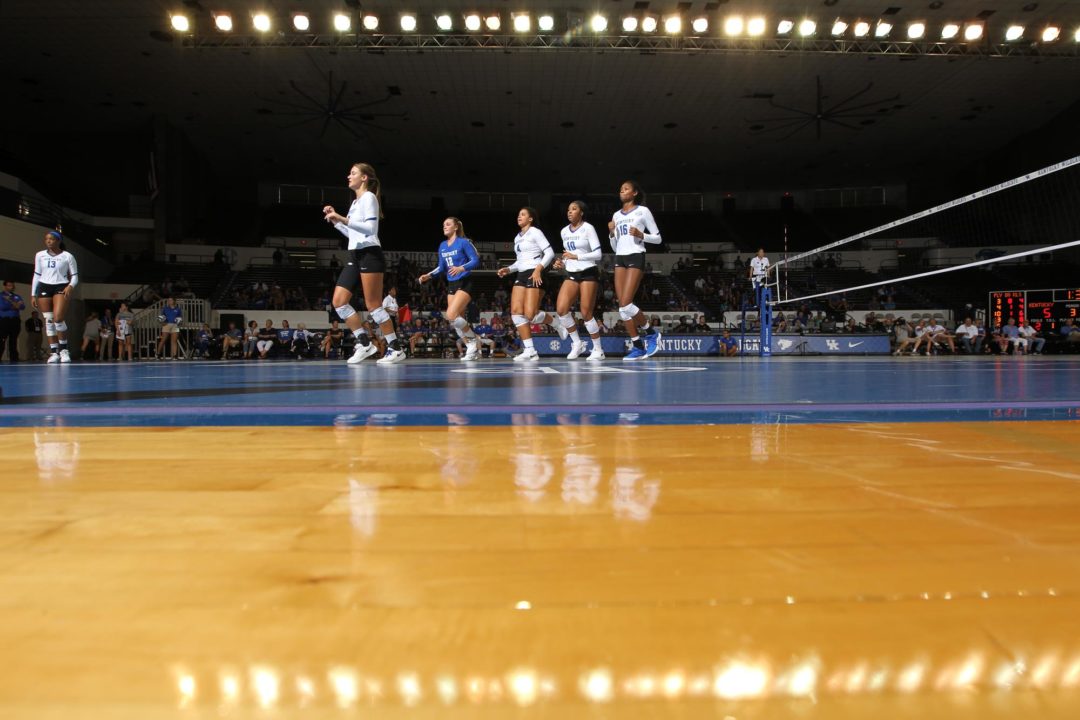 Kentucky will be holding open tryouts on October 23 for the rest of the 2018 season. Archive Photo via Kentucky Athletics/Volleyball

The Kentucky women’s volleyball team has decided to hold open tryouts to look for any potential walk-on talent. Those tryouts will occur on October 23 at 3 p.m. ET at Memorial Coliseum.

The school notes that the tryouts are indeed “for the 2018 season.” It’s not unusual to have open tryouts, but it is a bit different to hold them in late October, meaning anyone who makes the team would really only be with them for 5-7 weeks.

There haven’t been any big injuries of note coming from the Wildcats camp, or a complete lack of depth – they have four DS/L’s, three MB’s, one OH/DS, one MB/RS, 3 OH’s, one RS and two setters. Still, there are several other high-level programs that house more than 15 (which is what Kentucky has) and have 16+ players, which can help with practice and such even though not everyone is on scholarship.

While there’s potential that Kentucky thinks they can find some talent and add to the depth of the team with the tryouts, as well as spread the word about volleyball on campus, it’s also possible that this is a Title IX related detail for Kentucky. That could potentially be in the idea that a men’s sport, i.e. Football, was adding players late, so volleyball could be balancing it out.

It is also noted by the school that the tryout session is open to all full-time and academically eligible students who are enrolled at the University. They will need to pass a physical and sickle cell test as well, while it speeds up their process if the student gets registered with the NCAA Eligibility Center.

Kentucky is ranked 19th in the latest VolleyMob Top 25 Power Rankings and are 11-4 overall with a 5-0 record in the SEC.