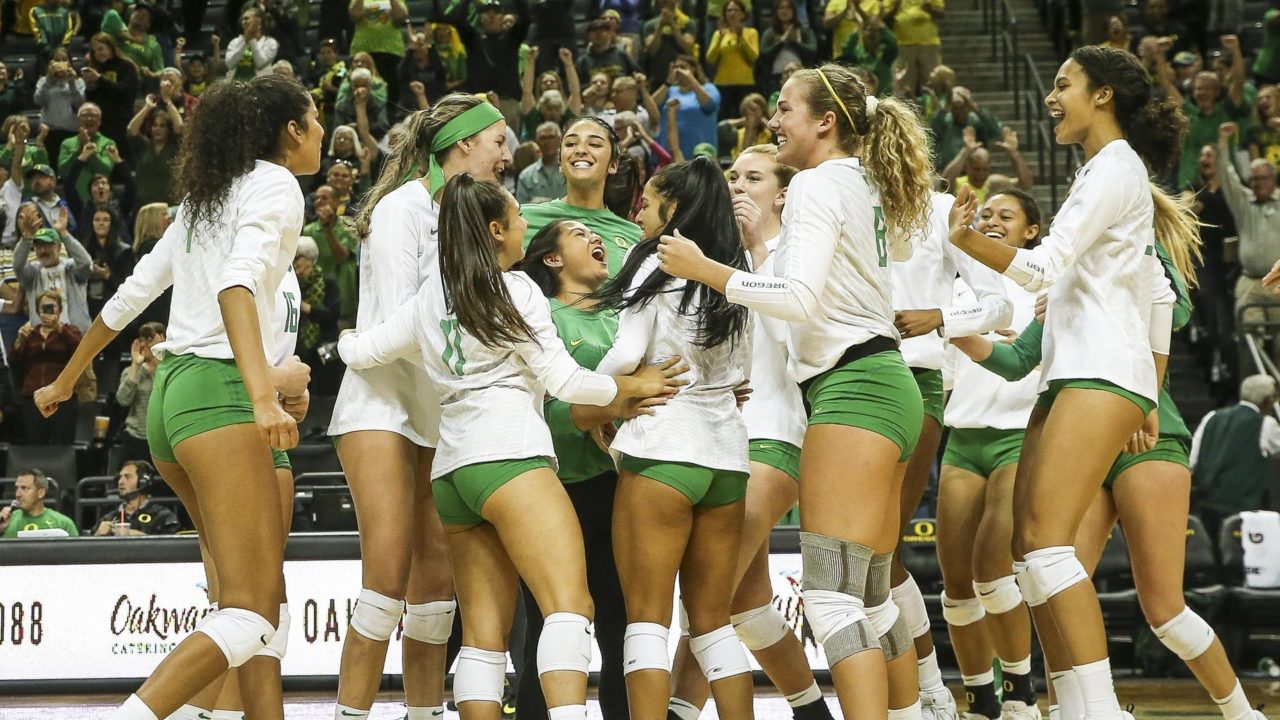 Oregon hops back up into the top 15 after an impressive bounce-back week. Archive Photo via Oregon Athletics/Volleyball

The biggest headlines from this past week came out of the Big Ten, where a couple of top 10 matches occurred with an upset here or there as well. Of course, the Big Ten and Pac-12 always create shifting in the rankings with so many matchups, which led to the biggest ranking differences this week.