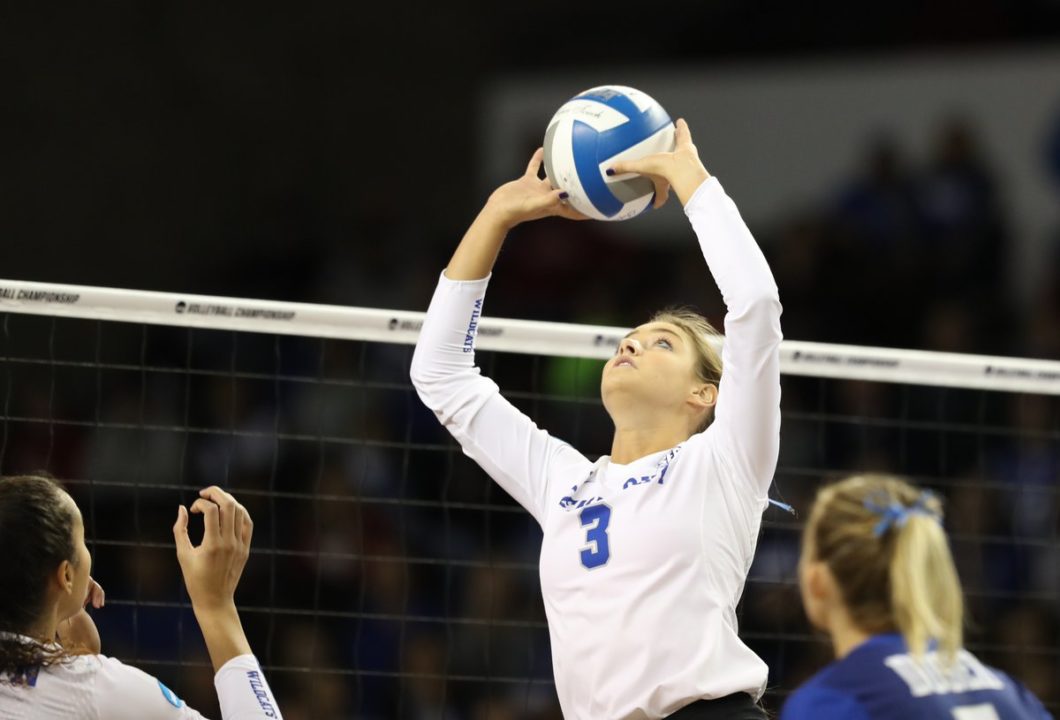 Kentucky's Madison Lilley was tabbed as SEC Setter and overall Player of the Week for week 8, while Texas A&M's Hollann Hans and London Austin-Roark, Florida's Rachael Kramer and LSU's Raigen Cianciulli also were honored by the league.  Current Photo via Kentucky Athletics

Kentucky’s Madison Lilley was tabbed as SEC Setter and overall Player of the Week for week 8, while Texas A&M’s Hollann Hans and London Austin-Roark, Florida’s Rachael Kramer and LSU’s Raigen Cianciulli also were honored by the league.

Texas A&M’s Hollann Hans averaged 5.94 points and 4.88 kills per set in a 2-0 week for the Aggies. She also contributed 20 digs, five aces and four assists on the weekend.

SEC Co-Defensive Players of the Week

Florida’s Rachael Kramer averaged 1.75 blocks per set as the Gators remain atop the SEC standings. She recorded a career-high nine blocks in the win at South Carolina.

LSU’s Raigen Cianciulli averaged 6.71 digs per set in a pair of home victories for the Tigers. Her 28 digs against Georgia ties for ninth-most in a four-set match in program history.

Kentucky’s Madison Lilley averaged 13.50 assists per set over two wins at Memorial Coliseum. She directed the UK offense to 16.86 kills per set and a .352 hitting percentage last week.