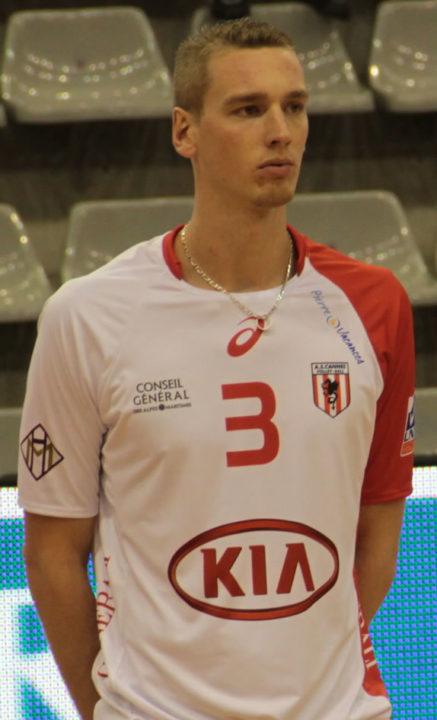 After just one season with the Italian club, Azimut Modena, Kevin Le Roux will move on to play with the... Current Photo via Docteur ès Sport

After just one season with the Italian club, Azimut Modena, Kevin Le Roux will move on to play with the Russian club Dinamo Moscow.

Dinamo Moscow finished second in the Russian Superleague, with a finals loss to Zenit Kazan. Modena was the 2016 champions of the Italian men’s UnipolSai Superleague but fell in the semifinals to Cucine Lube Civitanova.

Le Roux is a French National Team member, who is currently competing with the country in the 2017 FIVB World League. In 2015, the French team won the CEV European Championship and the FIVB World League. In this year’s edition of the World League, France has started the competition with a 3-0 start. As a middle blocker for the squad, Le Roux put down 17 kills, seven blocks and five aces so far in the tournament.

With Dinamo Moscow, Le Roux will move to the opposite side for the two-year contract, a position that he has not played since he was in the Korean League with Hyundai Capital Skywalkers in the 2014-15 season. With Modena as a middle blocker, Le Roux produced a 52 percent attack average.