Kim Hill To Continue Playing Through 2020 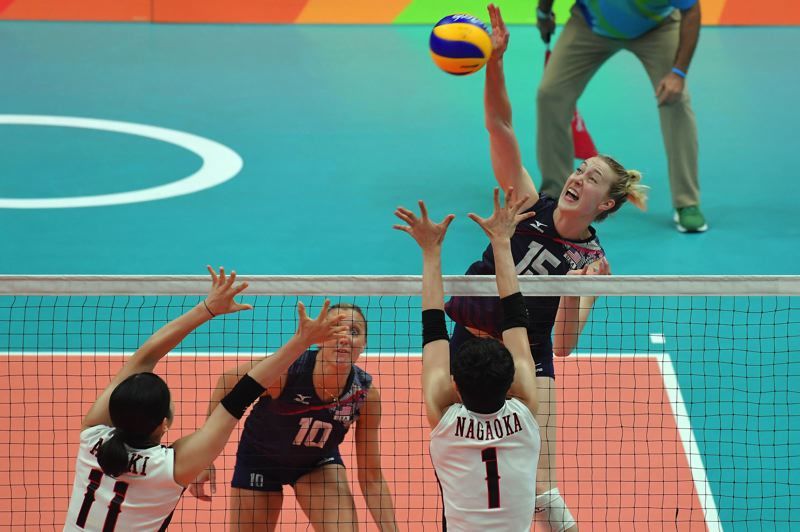 After a tough loss at the 2016 Rio Olympic Games, Kim Hill will continue her professional volleyball career through the 2020... Current Photo via USA Volleyball

After a tough loss at the 2016 Rio Olympic Games, Kim Hill will continue her professional volleyball career through the 2020 Tokyo Olympic Games.

She returned to Turkey to begin her second season with Vatifbank, where she led the team to the Turkish championships and a runner-up finish in the CEV Champions League EuroCup last season.

Hill helped the USA National team to a bronze medal finish at the 2016 Rio Olympic Games. In the bronze-medal match against the Netherlands, Hill put down 13 kills, four aces and two blocks for the US team.

“I have a new respect for bronze-medal matches,” Hill says. “It may be the hardest thing to do in sports – playing after losing the chance to play for the gold.”

The US team lost to Serbia for a chance to play for gold in a thrilling five set match, where the Americans led in the fifth set 13-10, but let Serbia run five straight points on them.

“They were a really good team,” she said. “Whoever was on that day was going to win.”

Hill plans to continue her volleyball career playing professionally and for the U.S. national team through the 2020 Tokyo Olympic Games. This will include the 2018 World Championships and the 2019 World Cup.

“These last couple of years, it’s still really crazy to me,” Hill says. “I feel so fortunate. I’m having a blast.”