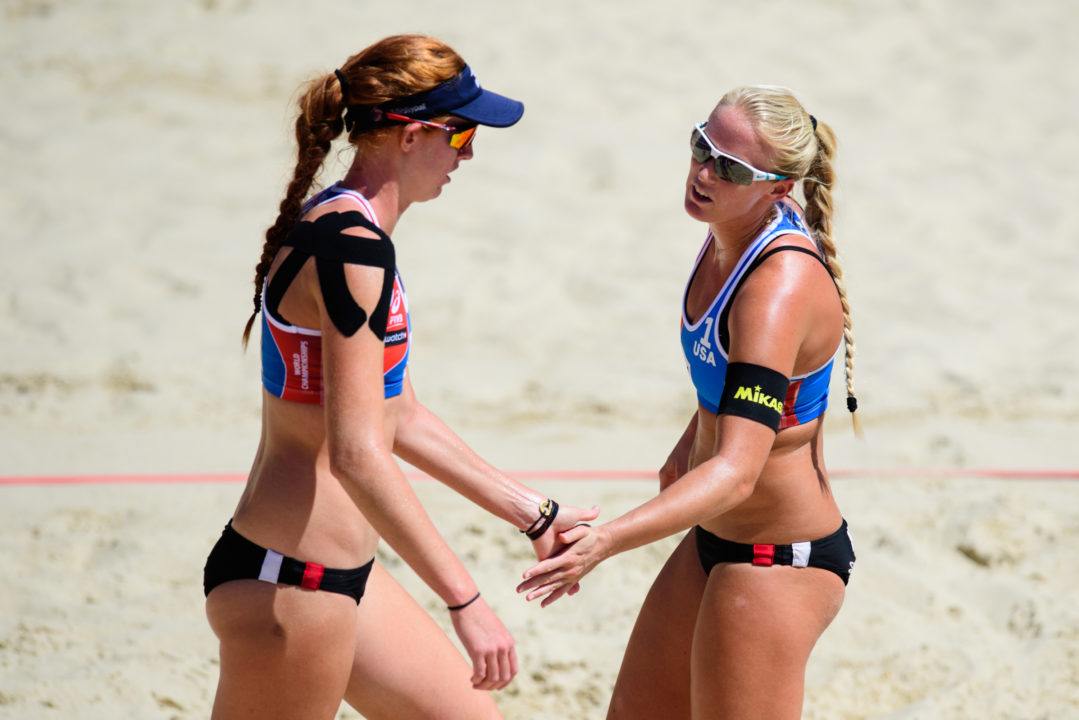 KT Tape has recently agreed to settle a lawsuit that claims they have exaggerated the product's capabilities. Current Photo via FIVB

KT Tape has recently agreed to settle a lawsuit that claims they have exaggerated the product’s capabilities. To settle the claims, KT Tape has set aside more than $1.7 million (USD) to cover the damages.

KT Tape has made claims that it can lift fascia and soft tissue around areas of pain and inflammation, enhancing blood flow and lymphatic waste drainage. The claims that the tape can “keep you pain-free” and “prevent injury” has led to the lawsuit – stating that because they claim these things about their product they are able to charge 10 times the price of other compression tapes.

The product first became popular when tennis star Andy Murray sported the product around his knee during Wimbledon in 2012. Since then, it has taken off, with many players in different sports beginning to use the product for its benefits. In beach volleyball, Kelly Claes and Sara Hughes have been known proponents of the product, with Hughes signing a deal with KT Tape. There are many beach players that use the tape, including four-time Olympian Kerri Walsh Jennings.

It has been shown that the tape has short-term effects at best, but is not much better than a placebo, though the products may derive a psychological benefit. Despite the faulty claims by KT Tape, there has been no evidence that wearing it causes any harm. As part of the settlement, KT Tape did not admit any wrongdoing and was not found by the US Disctrict Court of Massachusetts to have violated false advertising regulations.

U.S. customers who have purchased any of the 16 KT products are able to apply for compensation up to 50% of the retail price of the products purchased after a federal court ordered the company to advertise the class action. Read how to apply for that here.

Correction: a previous version of this article associated KT Tape with Dr. Kenzo Kase, founder of the Kinesio Tape company. Kase has no affiliation with KT Tape – the subject of the lawsuit and settlement.