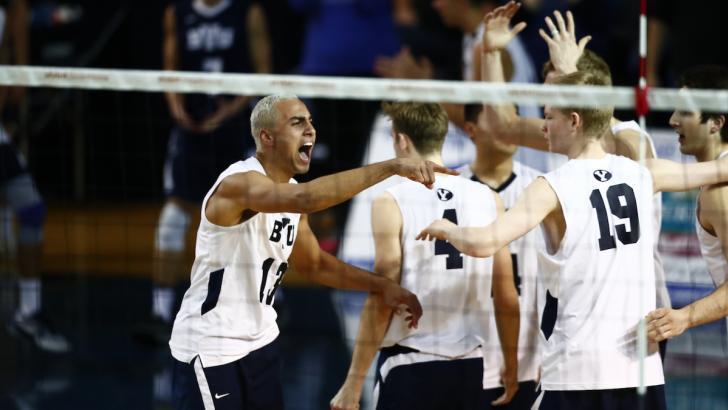 The 3rd-ranked BYU Cougars beat the 14th-ranked Cal State-Northridge Matadors 3-1 on Thursday in Northridge. The two teams started out very evenly matched, with the Matadors winning the first set, but as t he game wore on, BYU’s defense got better and better, and eventually CSUN succumbed.

Set-by-set hitting percentages for both teams:

Price Jarman, Joseph Grosh, and Kiril Meretev each had 5 block assists for the Cougars. The offense was well-balanced, with only one player in double figures: their top hitter Ben Patch, who had 15 kills on 36 swings for a .278 hitting percentage.