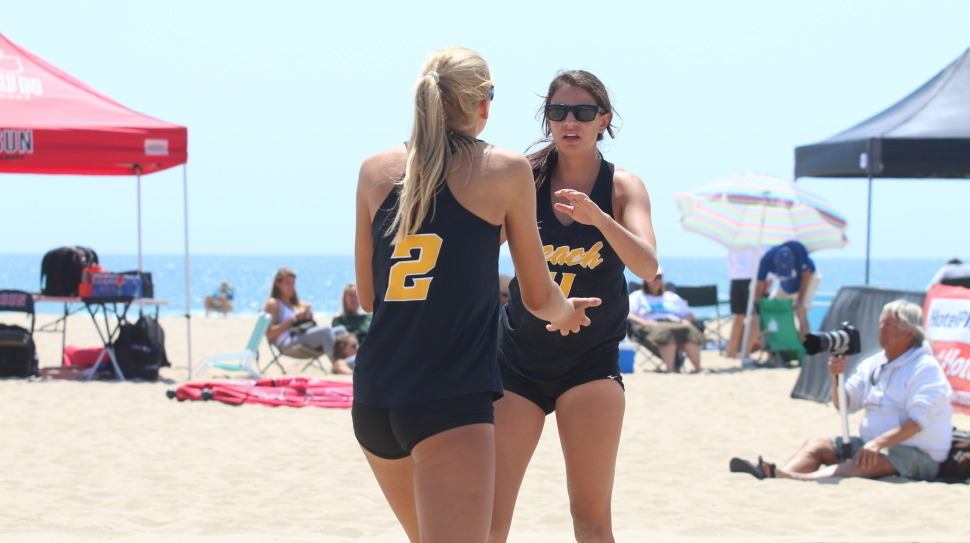 The weekend closed without any really big showdowns on the beach, as there were no games between ranked opponents (after a big day of marquee matchups on Saturday).

#6 Long Beach State finished the weekend undefeated at the Big West Challenge, going 4-0 after wins over CSUN and Cal Poly (ARV) on Sunday. The Beach now sit atop the conference rankings, separated from #5 Hawaii by way of LBSU’s win on Saturday.

Nele Barber and Rachel Nieto won two more games at the 1 line for Long Beach State, moving them to 19-1 on the year, all of which came in the top flight. The results broke two school records for them: they now hold the school records both for career wins at the 1-line, and single-season wins at the 1-line. They pass All-Americans Caitlin Ledoux and Tara Roenick in the former category and Delainey Aigner-Swesey and Chelsea Cabrajac in the latter.