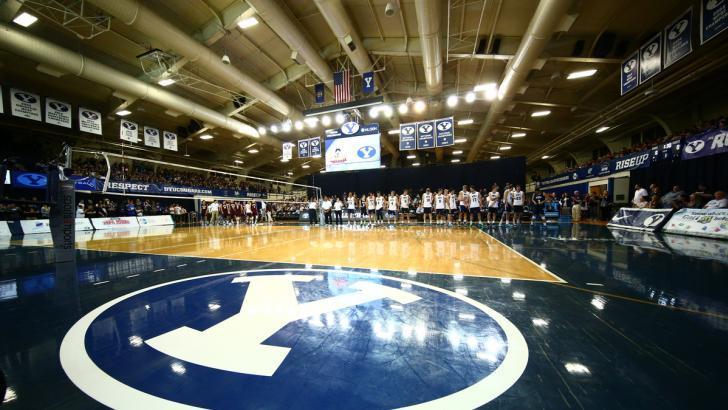 Legendary BYU men’s volleyball coach Carl McGown passed away Friday afternoon at the age of 79 surrounded by his wife Susan and... Current Photo via BYU Athletics

Legendary BYU men’s volleyball coach Carl McGown passed away Friday afternoon at the age of 79 surrounded by his wife Susan and his family.

McGown, a coaching icon in the volleyball world, led the Cougars for 13 seasons from 1990 to 2002, guiding BYU to two NCAA National Championships and twice earning National Coach of the Year honors. His 1999 team finished with a school record 30 victories, only losing one match, and claimed the school’s first men’s volleyball national championship.

“Carl was a coaching icon in the volleyball community and was recognized worldwide as one of the very best teachers, strategist and innovators the sport has ever known,” BYU director of athletics Tom Holmoe said. “He guided our fledgling men’s program from a club team to national prominence in the NCAA. Along the way he had a profound impact on the lives of many student-athletes. Our thoughts and prayers are with Susan and the McGown family.”

McGown led the Cougars to nine top-10 finishes in his 13 seasons and coached 17 different All-Americans who combined for 27 All-American citations. In addition, BYU lead the NCAA in regular season attendance in 1990, 1993 and 1994 and on Feb. 19, 1999, the Cougars defeated Hawai’i, 3-1, in front of 14,156 fans in the Marriott Center to set the NCAA single-match attendance record.

“Carl McGown is one of the great volleyball minds in the history of the sport,” current BYU men’s volleyball coach Shawn Olmstead said. “His ability to analyze the game and his team’s training from a unique perspective was why coaches from around the world knocked on his door. Carl loved volleyball and he loved learning. Playing for Carl was a dream come true. He pushed us and coached us as only Carl could. He loved each one of his players through the good and bad times. The greatest life lessons I learned were with Carl away from the court. He had that kind of impact on everyone who played for him.”

Before coming to BYU, McGown was highly involved with the USA National Team. He served as head coach of the USA men’s team from 1973-1976 and was later a technical advisor to Team USA in 1980. A member of the coaching staff in seven-consecutive Olympic games from 1984 to 2008, McGown helped Team USA earn three Olympic gold medals. McGown was also on the National Team coaching staff in seven different World Championships as well as numerous World University Games and the Pan American Games.

He graduated from BYU in 1963 with a degree in physical education. Following a master’s degree, McGown attended the University of Oregon where he earned his PhD in 1971. He taught at Oregon (1968-71) and University of California-Berkeley (1971-72) before joining the BYU faculty in 1972.

During his teaching and coaching career, McGown was published in a number of journals and also published several books. He and his wife Susan Hammond McGown have two sons, Christopher, who was the head of the BYU men’s volleyball team from 2012-15, and Paul. The couple also has five grandchildren.