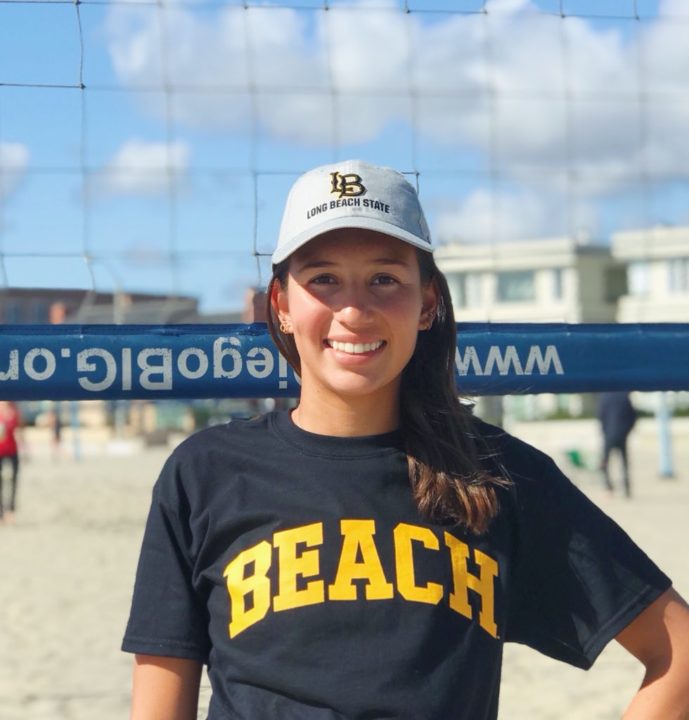 Class of 2019 recruit Savannah Lyons has committed to the Long Beach State University women’s beach volleyball program. A 5’10” outside hitter and defensive specialist indoors, Lyons will bring versatility to the 49ers’ beach team come the spring of 2020.

A junior at Scripps Ranch High School in San Diego, California, Lyons pushed the team to an 18-13 season. According to her MaxPreps profile she played both outside hitter and middle blocker, although she can also play the DS/L role.

On the club circuit she continues her prep career with Epic Volleyball Club and the Epic 17-Steve team. She owns a 7’6″ standing reach, an 8’9.5″ block touch and a 9’3″ approach jump. Additionally, video of Lyons plays on the beach can be seen below:

The Long Beach State beach volleyball team is currently 23-6 as they are ranked in the top 10 and preparing for the Big West Tournament.

I’m so excited to announce my verbal commitment to play D1 beach volleyball at Long Beach State! Thank you to my coaches, family and friends for the support they have given me throughout this process. I couldn’t have done this without them. Go Beach!!! ?? #lbnation pic.twitter.com/vnYTBSb4Bz