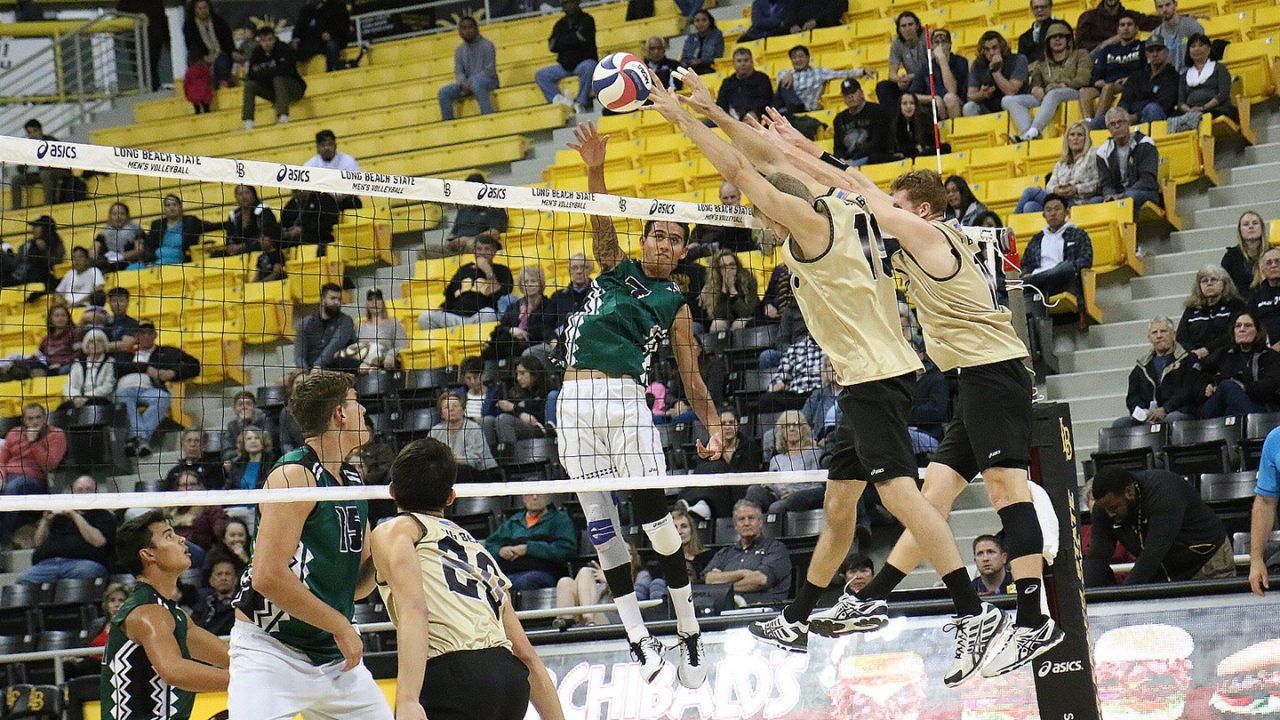 Long Beach State, the top-ranked team in the MPSF, has risen to #2 in the latest MPSF rankings. Archive Photo via Hawaii Athletics

The latest AVCA Division I-II Coaches’ Poll is out, and while there was movement at the top, the shift was of little surprise.

Remaining at the top, with a unanimous 24 1st-place votes, are the defending champion Ohio State Buckeyes – the only undefeated Division I-II team left in the country.

Behind them is a stack of MPSF teams in the 2-5 positions. The conference leaders Long Beach State, at 9-2, just out-edged BYU (with the same record) for the 2 seed. Both teams moved up a spot to jump UCLA, who slid to 4th in the current polls after losing both of their weekend games to BYU (3-2, 3-0).

While normally, sweeping a series against the #2 team would be enough to bump the Cougars up to that same position, the pollsters seem to have mitigated the results based upon the injuries to 2 of UCLA’s starters – Jake Arnitz and Mitch Stahl. The pair missed both of the games.

Hawaii holds tight at 5th in the latest polls, while the biggest movers are Lewis University. They put up perfect 3-0 sweeps against conference rivals Quincy and Lindenwood last week, but their biggest challenge yet this season comes on Thursday to rise from #8 to #6. That’s when Lewis travels to Columbus, Ohio to take on the number-one team in the land the Ohio State Buckeyes – who enter the game on a school record 34-game winning streak that stretches now a full calendar year.

No new teams entered (or left) the top 15 from last week’s polls.

Two teams mentioned on only one ballot for a total of two combined points.