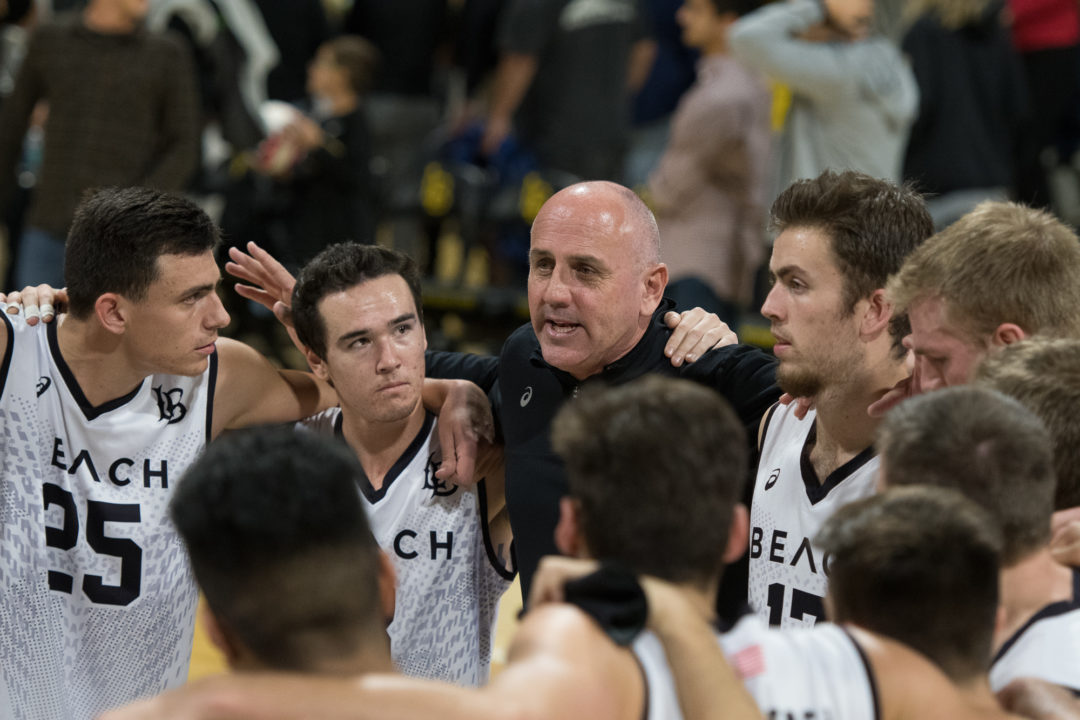 Long Beach State's Alan Knipe leads his team into the NCAA tournament with the #1 overall seed and a 26-1 record. Current

On the heels of an extension of his contract as the Long Beach State head men’s volleyball coach through 2023, Alan Knipe has been named the 2018 AVCA Men’s Division I Coach of the Year. This is his 3rd AVCA Coach of the Year, having previously won in both 2004 and last year in 2017. LBSU associate head coach Nick MacRae was also named National Assistant Coach of the Year on Tuesday.

Currently in his 15th season leading the program, 2018 was a banner year for Knipe. He became the 2nd coach in Long Beach State men’s volleyball history to surpass the 300 career win plateau, and carries a 26-1 record and the #1 seed into the NCAA tournament. He was also named the first-ever Big West Coach of the Year.

Entering the NCAA tournament, he has a 304-147 record. That .674 winning percentage is the highest in program history.

This is McRae’s first honor in his 6th year at Long Beach State. He was promoted to associate head coach this year, and LBSU credits him as “key” in helping the Beach to a nation-leading .379 attack percentage, and a Big-West-leading opponent hitting percentage (.181) and aces-per-set (1.83). The team is 111-36 in his 6 seasons with the program.

Long Beach State is in the midst of a two-week break before they begin their play in the NCAA tournament in the semi-finals on Thursday at UCLA. They will play the winner of Tuesday night’s matchup between UC Irvine and the two-time defending NCAA Champions Ohio State.