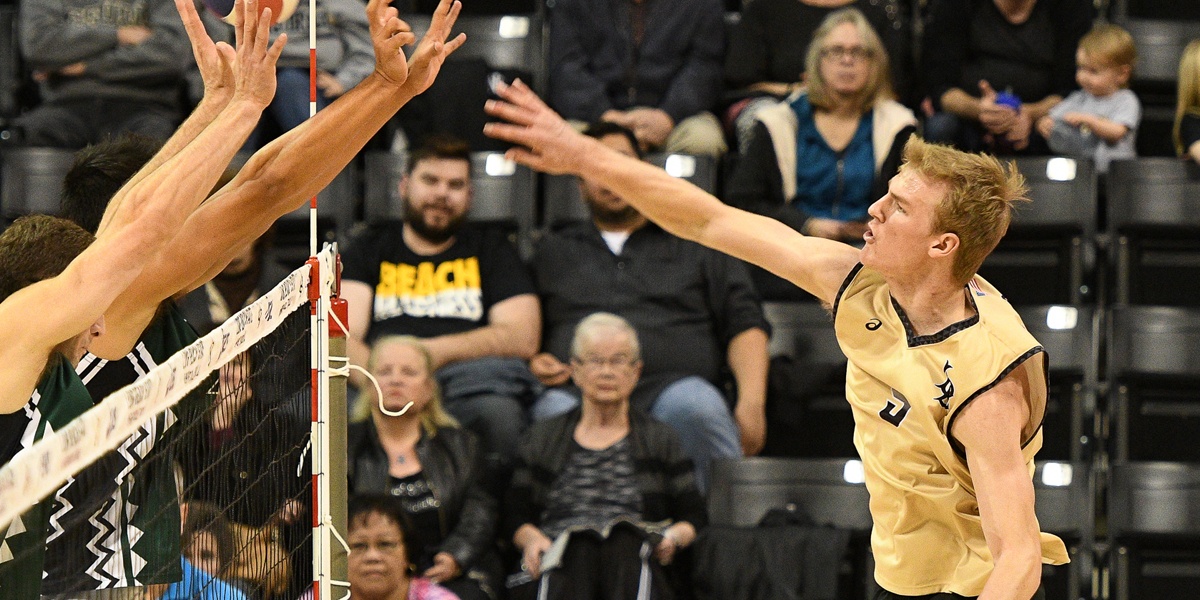 This week’s AVCA Player of the Week is #4 Long Beach State’s Kyle Ensing after leading his team to a pair of victories over #5 Hawaii.

In the teams first match against the Rainbow Wahine, Ensing hammered down 24 kills on a .404 hitting percentage, while picking up 10 digs for a double-double. He also had four block assists in the match.

The second match against Hawaii, Ensing put down another 11 kills on a .579 hitting percentage, not committing a single hitting error in the match and only committing one reception error on the week.

With Ensing earning the AVCA Player of the Week, it is the 27th time in Long Beach State program history that a student-athlete has earned the award. Ensing is the first player to garner the award since TJ Falco earned the award last season on January 19th.