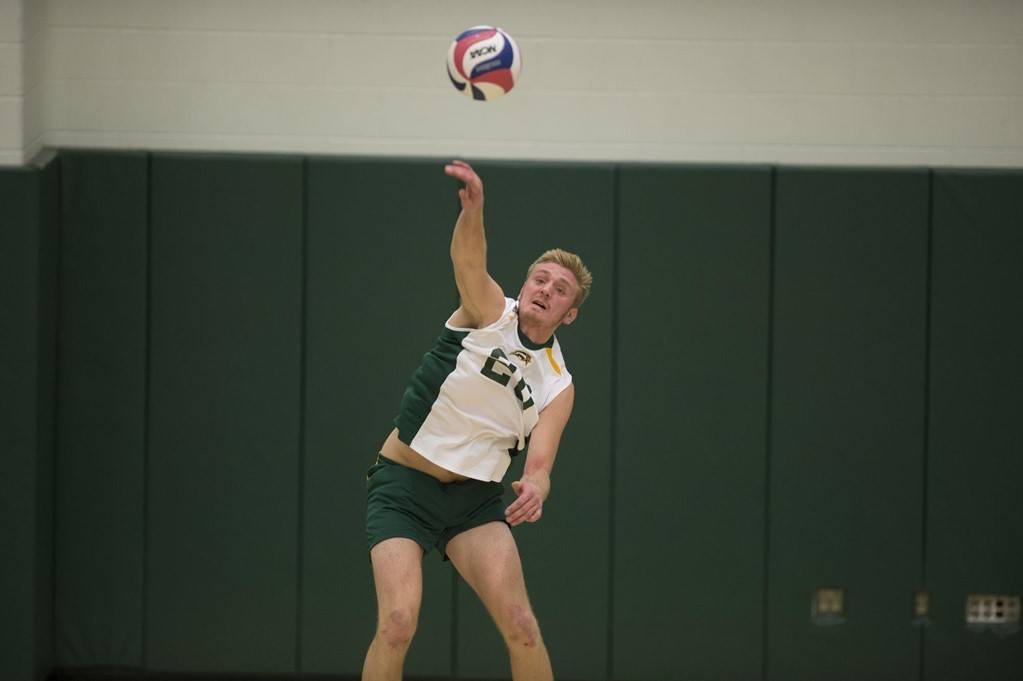 R.S.-Senior Jack Wilson has been selected as the EIVA Offensive Player of the Week after averaging 4.00 kills/set for #11 George Mason in a 1-1 week. Wilson recorded 14 kills in a 3-0 sweep of King (Tenn.) in a regional match as he recorded a .385 hitting percentage in the match. In a close five-set loss to #9 Loyola-Chicago, Jack would finish with a season-high 18 kills and added two service aces while hitting .146. On the week Wilson averaged a .230 hitting percentage. Jack is currently 3rd in the EIVA in kills/set (3.60), 6th in kills (72), and 9th in hitting percentage (.292). This is Wilson’s first EIVA Offensive Player of the Week selection in 2017.

Senior Johnny Gomez has been selected as the EIVA Defensive Player of the Week after averaging 2.5 digs/set in a 1-1 week for #11 George Mason. Gomez played in one set against King (Tenn.) in a 3-0 sweep as he finished with four digs and an assist. Against #9 Loyola-Chicago, Johnny recorded a season-high 11 digs in a 3-2 defeat while also adding another assist. This is Gomez’s first EIVA Defensive Player of the Week selection in 2017.

PLAYERS OF THE WEEK