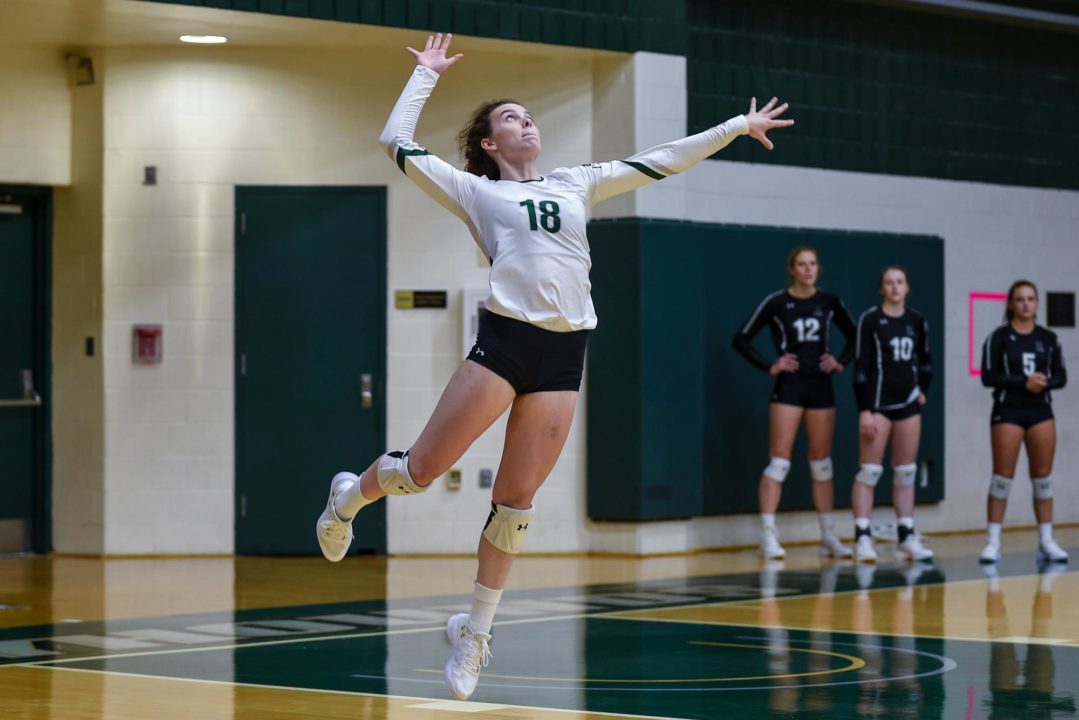 Loyola Maryland freshman libero Katie Forsythe is just 4 matches into her collegiate volleyball career, but has already made her presence felt for the Greyhounds.

On Saturday night, in a 3-1 win over Towson, Forsythe broke the 25-point rally scoring era (since 2008) school record with 41 digs. That’s the most in a match of any length, breaking the school record of 35 set by Kara Schiffer in 4 sets in 2012.

In total, she started her collegiate career with 79 digs in 12 sets, going from 13 in the opening match, to 25 in the 2nd match, to a record 41 in the 3rd. That comes out to 6.58/set, which will put her among the national leaders when she’s eligible. It also technically makes her the school’s all-time leader in digs-per-set, with the school requiring only a minimum of 5 sets to be eligible.

Forsythe came up just a few digs short of jumping into the top 25 single-match outputs, in a four-set match, in NCAA history. It takes 43 digs to crack the top 25.

Forsythe played her high school volleyball at Gilmour Academy in Perry Ohio and for Eastside Cleveland Juniors. She earned All-Ohio First Team recognition as a junior and senior, and helped her team when a state title in 2016.

Loyola finished last season with 13.99 digs/set, which ranked just 242nd out of 334 teams in Division I last season. Already this season, they have 19 digs/set.

In the match, Loyola also broke the team single-game record for total blocks in the match with 18, including 8 each from starting middles Mackenzie Fedota and Alisah Cash.

The team also beat Siena 3-1 and lost to Radford 3-1 at the Baltimore Bash.