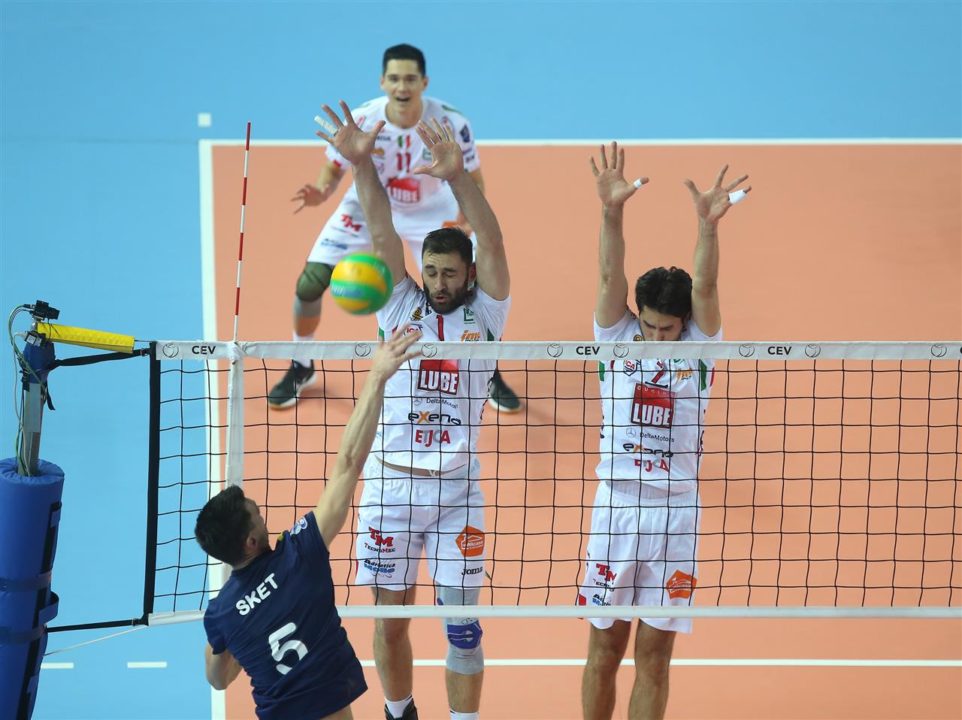 Tsvetan Sokolov has been a strong fixture on the Cucine Lube Civitanova court but has been plagued by injuries over this past season.  Current Photo via CEV

Tsvetan Sokolov has been a strong fixture on the Cucine Lube Civitanova court but has been plagued by injuries over this past season. Recently, the team has decided to let the Bulgarian powerhouse sit out to recover his overbearing tendonitis for the final rounds of the Champions League and Italian League season.

“Tsvetan has tendonitis. This has stemmed from his national team play. We recovered it but it has become inflamed again,” said Lube’s sports director, Beppe Cormio.

According to Cormio Sokolov has not been training much over the past two months, saving his body for matches but they think that 20 days of straight rest will help to bring down any of the inflammation due to the tendonitis for when the team really needs him. If he does see any time on the court in the next month it will be coming off the bench and playing very limitedly.

Even without Sokolov starting or playing, Lube has a star-studded bench, including Italy’s Osmany Juantorena, USA’s Taylor Sander and Micah Christenson. Though his position is hard to fill, these players could be able to pick up the slack of an absent Sokolov over the next month.

Currently, Lube sits in second place in the Italian Men’s League with an 18-4 record and 53 points overall. They sit behind Sir Safety Conad Perugia who has a 20-2 record and 60 points. It will be hard to catch up and claim the top spot, but they all but have guaranteed their position in the playoffs that will begin in the next few week. Lube is also currently competing in the CEV Champions League, where they hold a 4-1 record in Pool A. There is just one more match for all teams that will determine the playoffs for the event, with Lube guaranteeing their spot with their record.