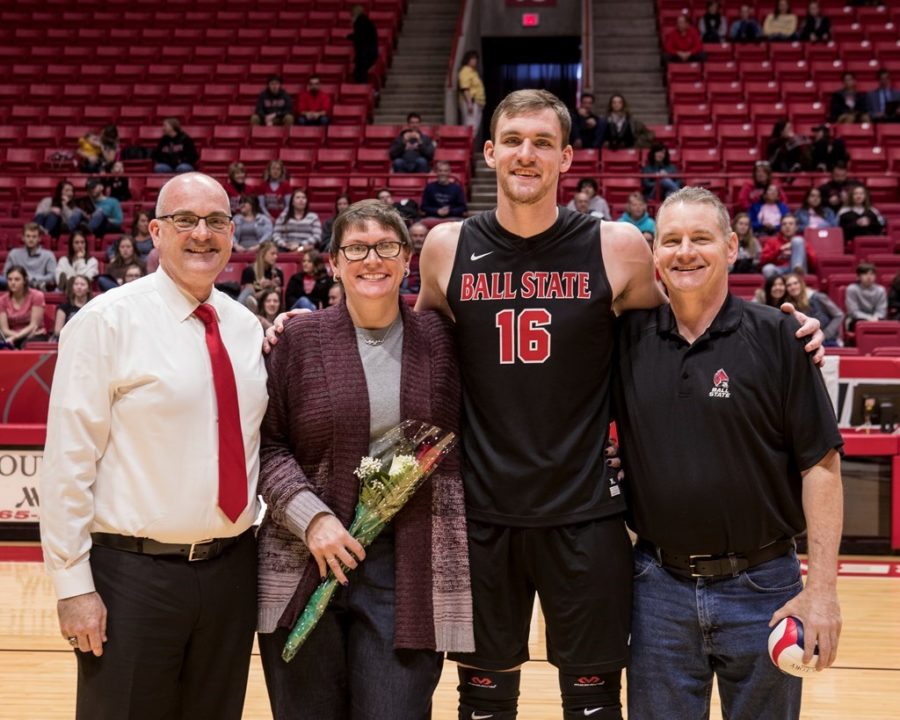 Matt Walsh has signed in the Czech Republic for the 2018-2019 season.  Current Photo via Ball State Athletics

Matt Walsh has signed his first pro contract with Aero Odolena Voda in the Czech Republic. Collegiately, Walsh played middle blocker for Ball State and started all 30 matches for the Cardinals in 2018.

He finished his senior season with 275 kills on a .385 hitting percentage, 133 blocks, 31 digs, 32 service aces and four assists which earned him All-MIVA First Team honors and MIVA Player of the Week 3 times. He was selected to an All-MIVA team for the 2016, 2017 and 2018 seasons and was awarded Academic All-MIVA for his freshman campaign in 2015.

Additionally, Walsh was also named an AVCA All-America Honorable Mention for the 2017 and 2018 seasons. After his four seasons at Ball State Walsh graduated with 809 kills with a .398 career hitting percentage, placing him sixth in school history for both categories. An efficient server, he also ranks 3rd in school history with 95 career aces and second all-time in career blocks with 504. With a total of 1180 career points, Walsh is the second most prolific point scorer.

Officially signed to play volleyball in the Czech Republic next year! Huge thanks to everyone that helped me along the way!