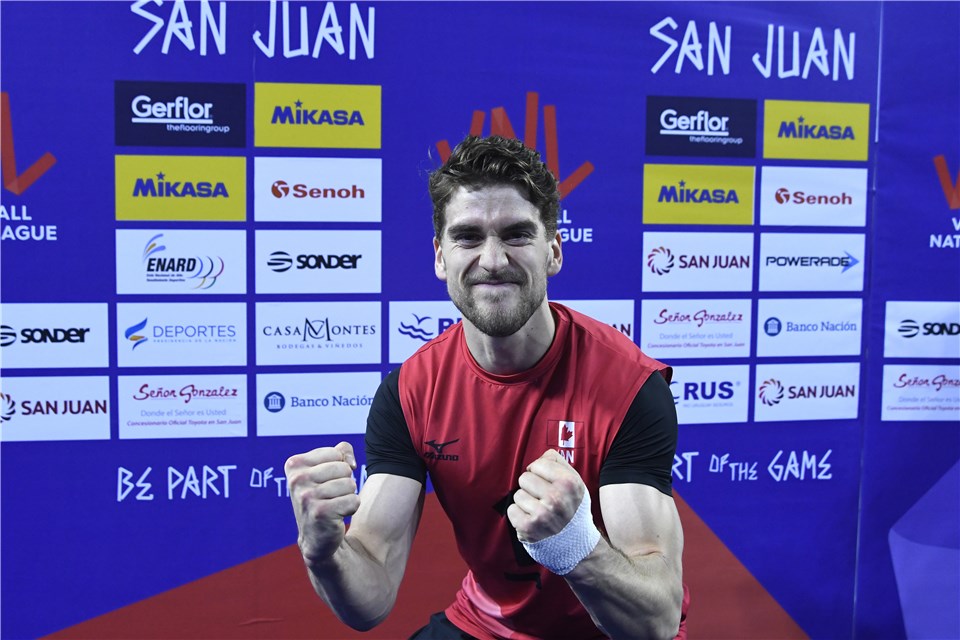 TJ Sanders has signed in Turkey for the upcoming season.  Current Photo via FIVB

Canadian National Team setter, TJ Sanders, has signed with Halkbank Ankara for the 2018-2019 season. Sanders began playing for Team Canada in 2010 where they finished second in the 2010 Junior NORCECA Championship. He spent last season with Trefl Gdansk in the Polish League, where he was rated as the league’s 4th-best setter last season.

In 2014, Sanders joined the Canadian Senior Men’s National Team and was named to the 2014 FIVB World Championship roster where the team finished 7th. At the 2015 Pan American Games, Sanders helped Canada to win the bronze medal as well as the gold medal for the 2015 NORCECA Championship, and later that year at the 2016 Olympic Games, he helped Canada finish 5th.

Getting creative 🇨🇦 vs 🇺🇸 tonight

His professional career began in the Netherlands where he won the 2014 Dutch championship bronze medal. After that, he moved to Switzerland and captured the 2015 Swiss Championship with PV Lugano. He transferred to Turkey for the 2016-2017 season coming in second, but was able to secure the Polish Cup last season with Trefl Gdansk.

Halkbank Ankara has won the Turkish championship 8 times, most recently winning three consecutive titles in 2016, 2017 and 2018. Additionally they won the Turkish Cup and the Turkish Supercup back to back in 2014 and 2015. Last season, they finished with a record of 20-2 after having to win 4 five set matches.