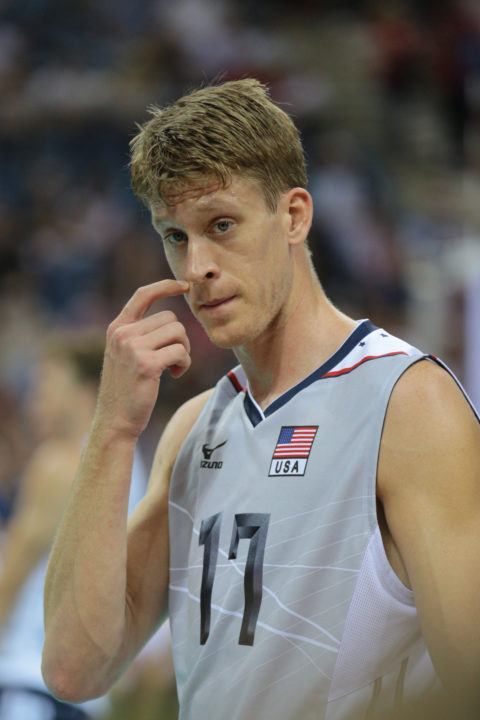 Max Holt has been named the 2016 USA Volleyball Indoor Player of the Year for the United States. He wins... Current

Holt made his first Olympic team in 2016 as part of an American team that won a bronze medal in Rio. He started every set for Team USA at the Olympcis and was the second-leading blocker of the Games with .65-per-set in the tournament. He also ranked 2nd in the tournament with 12 aces and 13th with 45 kills.

“If we had played for a gold medal, I thought Max could have been the Olympic MVP,” U.S. head coach John Speraw told USA Volleyball. “I thought he was the best middle blocker of the tournament.”

Holt battled injury in 2016 – missing much of the FIVB World League while letting his ankle recover – but still let the U.S. men’s team on the year with 24 aces, ranked 2nd with 33 blocks, and finished 4th in kills (80) and total scoring (137). This is the first time he’s won the award.

The 29-year oldHolt plays for the Italian team Azimut Modena, which he joined earlier this year after 3 seasons spent with Russian powerhouses Dynamo Moscow.