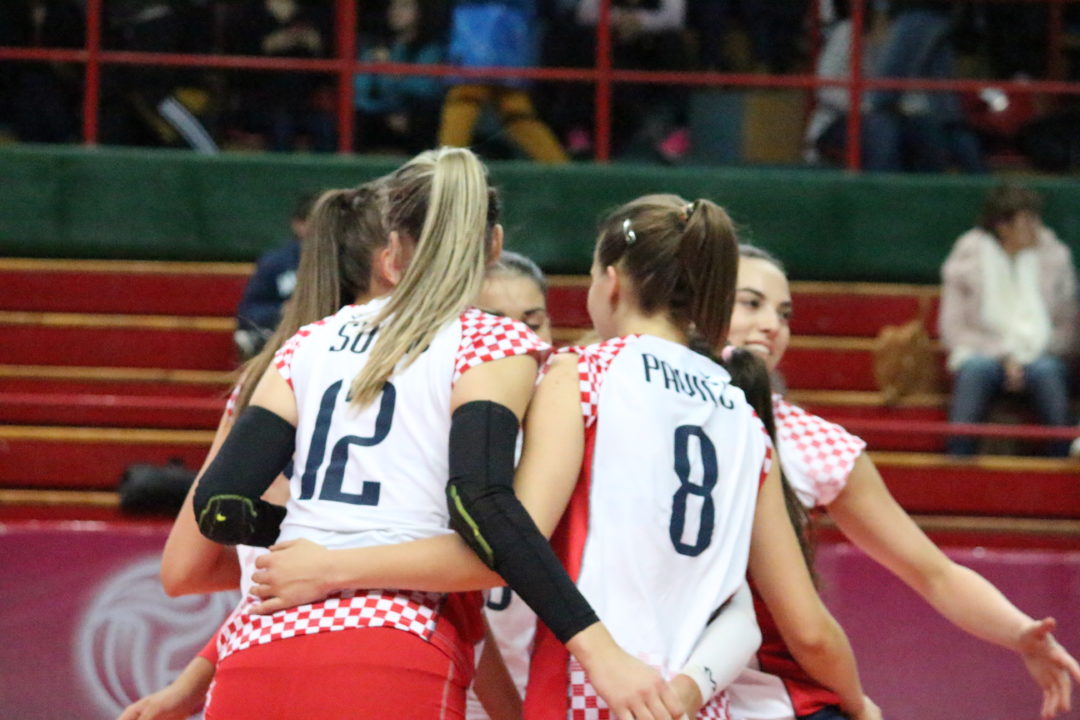 Croatia is moving on to take on Greece among many results on the day from the Mediterranean Games. Archive Photo via FIVB

The Mediterranean Games, a collection of nations to compete in a myriad of sports including volleyball, is starting in 2018 as opposed to its normal four-year cycle of 2009, 2013, 2017 after the host needed to push it back a tad. For women’s volleyball, pool play has now come to a close as we head to the semifinals to help determine the champion.

In total, there were four different pools, each consisting of a trio of teams. Following a quick round-robin, the lowest ranked team in each pool was eliminated with the top two moving on to the quarterfinals. After that, we move on to the semifinals for both the winners bracket and the 5th-8th place classification with the final ‘other’ matches on June 30 and the championship on July 1.

Greece was heavily challenged by the French side and fell behind 2-1 in sets, but came back and squeaked out a tight fifth. They’ll now move on to the Gold Medal match while France falls to third after a tough loss and will try to rebound tomorrow.

Sure enough as tight as the match was, each nation was tied in kills and blocks. France posted more aces (8-4) but also had eight more team errors, which led to their demise despite 24 points from Juliette Fidon and 18 more out of Helena Cazaute. Leading the way for Greece was Anthi Vasilantonaki (18 points) and Evangelia Merteki (17 points).

In a clash of unbeaten nations for a spot in the championship match, Croatia slid by Turkey in five sets after overcoming a 2-1 hole. That matches what Greece did in the first semifinal, as now the two will meet for Gold with Turkey on to play for Bronze against France.

Turkey may have logged more kills, but Croatia made them work for it with their block (17-13) and serve (10-7). That led to eight more team errors for Turkey, with the combination of it all pushing Croatia on top. Tugba Senoglu (18 points) and Melis Durul (16 points) starred for Turkey, but in the end it was Croatian captain Samanta Fabris (25 points) carrying her team to victory.

After a 2-0 start, Slovenia has fallen on hard times with back-to-back losses to contend for 7th place. Spain meanwhile gets a shot at a top five finish after earning the four-set victory. Jessica Rivero (28 points) was unstoppable in attack for Spain, leading to a 57-35 edge in kills. Darja Erzen (14 points) was strong as well for the Slovenian side, but the disparity in kills and a more aggressive Spanish serve turned out to be the differences.

Italy will move on to face Spain for a top five finish while Portugal will get Slovenia in the 7th place match after the Italian side earned a sweep of their opposition. The serve and attack were the two keys, with Italy posting four more aces (8-4), which in turn put Portugal out of system more and assisted in creating a 44-26 edge in kills. At the forefront of it all were Camilla Mingardi (12 points) and Beatrice Berti (12 points), who were two of four in double-digits for Italy compared to none from Portugal.