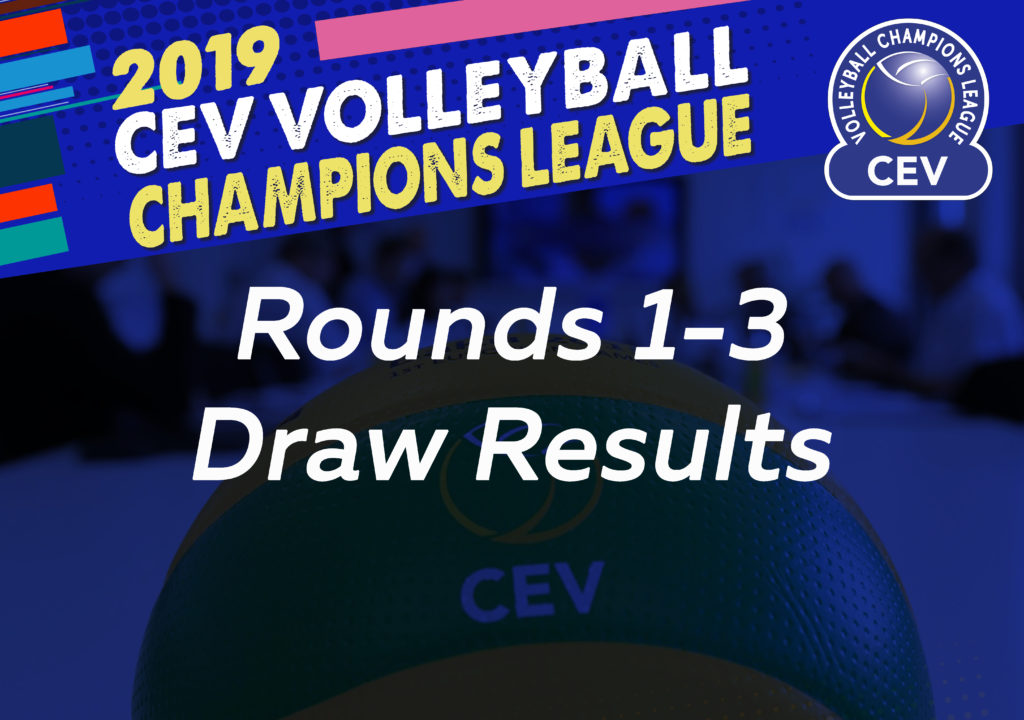 The match-ups for the first three rounds of the 2019 CEV Champions League were drawn and announced on Friday in Luxembourg.  Current Photo via CEV

When the CEV announced the change to the format of the 2018-2019 Champions League back on May 25th, they were not the most liberal with giving out details as to exactly what the tournament would look like. The 18 teams in the groups stage were already locked into place, but there was still no exact answer as to which teams will be participating from the smaller leagues. The confederation also pushed back the drawing of lots a day to June 29th. They released the list of confirmed teams on June 28 and gave fans a better idea about what to expect come October.

The draw was announced for the first three rounds on Friday. The reorganization of the Champions League means there will be a full 1st Round for the first time. There will be no teams from Italy, Poland, or Russia in the rounds leading up the group stage. All three of their participants will move directly to the 4th Round. In the previous two seasons their top two teams qualified for the group stage, and their third representative had to play in the 3rd Round.

Turkey’s status in the tournament is very similar to what it was in prevous years. They will still have three teams in the Champions League. Two of their teams, Halkbank Ankara and Arkas Izmir, will automatically qualify for the 4th Round. Their third representative, Istanbul BBSK, will have to take part in the earlier rounds. The one difference is that Istanbul BBSK will have to start in the 1st Round this year, while last year the third team, Fenerbahce, entered the tournament in the 3rd Round.

One of the changes made by the CEV was the formula used to determine how many teams each country could qualify. They decided to use the results from every team who competed in the Champions League from the same national federation from the past three seasons. This new formula actually allowed Belgium and Germany to each get another team into Europe’s premiere club volleyball competition. They are both in the same boat as Turkey with two teams automatically qualifying for the group stage in the 4th Round. Champions League veterans Greenyard Maaseik and Knack Roselare will be in the 4th Round from Belgium, and Lindemans Aalst will start in the 1st Round. Berlin Recycling Volleys and VfB Friedrichshafen from Germany are in the group stage. United Volleys Frankfurt will play in the 1st Round.