Megan Courtney: “It’s Not Like I’m Doing Anything Different” 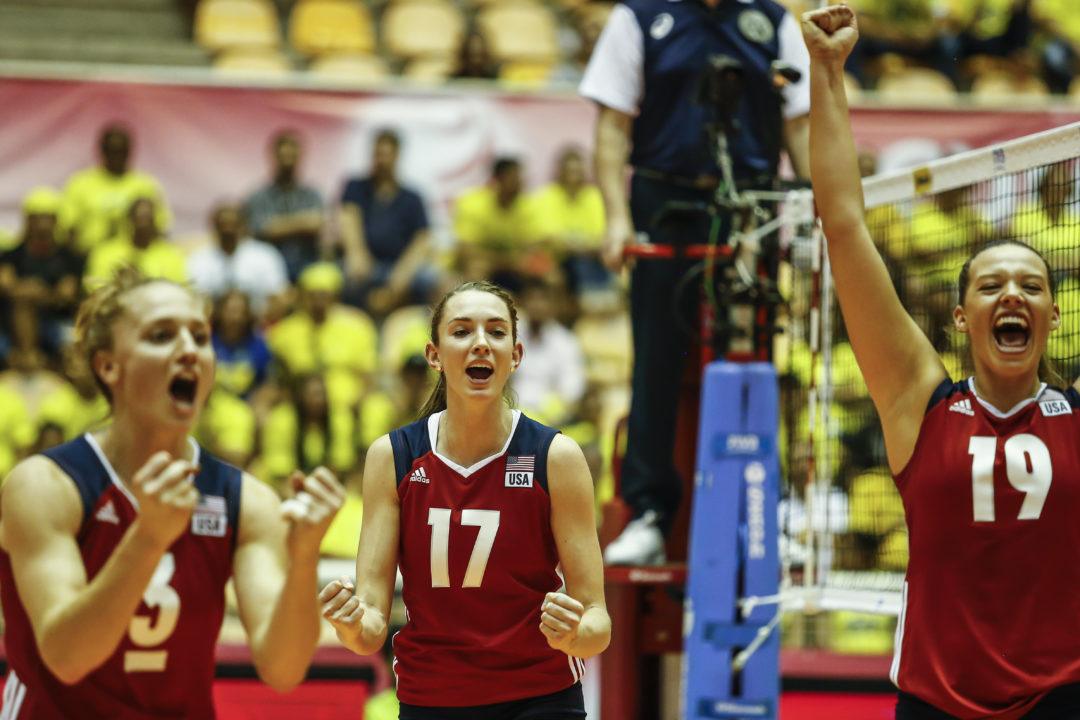 After competing as a strong outside hitter for the majority of her career, Team USA's head coach, Karch Kiraly, has decided to perform an "experiment" with U.S. National Teamer Megan Courtney (#17 above) by listing her as a libero. Current Photo via FIVB

After competing as a strong outside hitter for the majority of her career, Team USA’s head coach, Karch Kiraly, has decided to perform an “experiment” with U.S. National Teamer Megan Courtney by listing her as a libero. The switch came in time for the USA Volleyball Cup, which featured two matches between Team USA and Brazil in Anaheim, California.

“It has been fun,” said Courtney. “I like to think of it as half of an outside position job description. I still pass and play defense as an outside, so that is now my job as a libero – pass and play defense and kind of run the back row.” To Courtney, the job has not been much of a stressor in terms of switching positions, “it’s not like I am doing anything different – just have a different color jersey on.”

The decision to move Courtney to the libero position came from her overall passing performance at the 2017 FIVB World Grand Prix. There, Courtney was statistically the best passer for Team USA.

“Megan did a really nice job for us at the World Grand Prix. She was out best passer statistically in that tournament,” said Kiraly. “That certainly gave us some food for thought and we are trying a little experiment and seeing how she does in the libero position.”

The role, however, is not a permanent one for Courtney, despite a successful first match showing. Kiraly wants to continue to see how she performs in the position before making any permanent decisions on a total switch.

The switch to libero is not a foreign thing for Courtney, as she was forced into the role in her first professional season in Poland for a match. This was the first time she was thrown into the role during a match but said she would often assume the position in practices when she “ran out of jumps.”

Overall, Courtney sees the transition as an easy one, “I mean it is not much of a difference. I just have to remember that my job is to pass and play defense and set out of system balls. I have done that as an outside, so I have not changed my job description that much.”

I feel bad for Wong-Orantes. She worked her whole career to get to where she is now and she gets pushed out by an outside hitter. Yes it maybe true that Courtney had the better stats but that doesn’t make her a better libero. As a libero myself it just shows how under appreciated the position can be, it feels as if it’s like coach is saying that anyone can play just play the position, like it takes no more skill then any other position. It just doesn’t feel right aye. This is a little far gone but it’s like when he picked Courtney Thompson as a “third setter” over taking another defensive specialist/libero like Natalie Hagglund. I dunno just a little salty haha