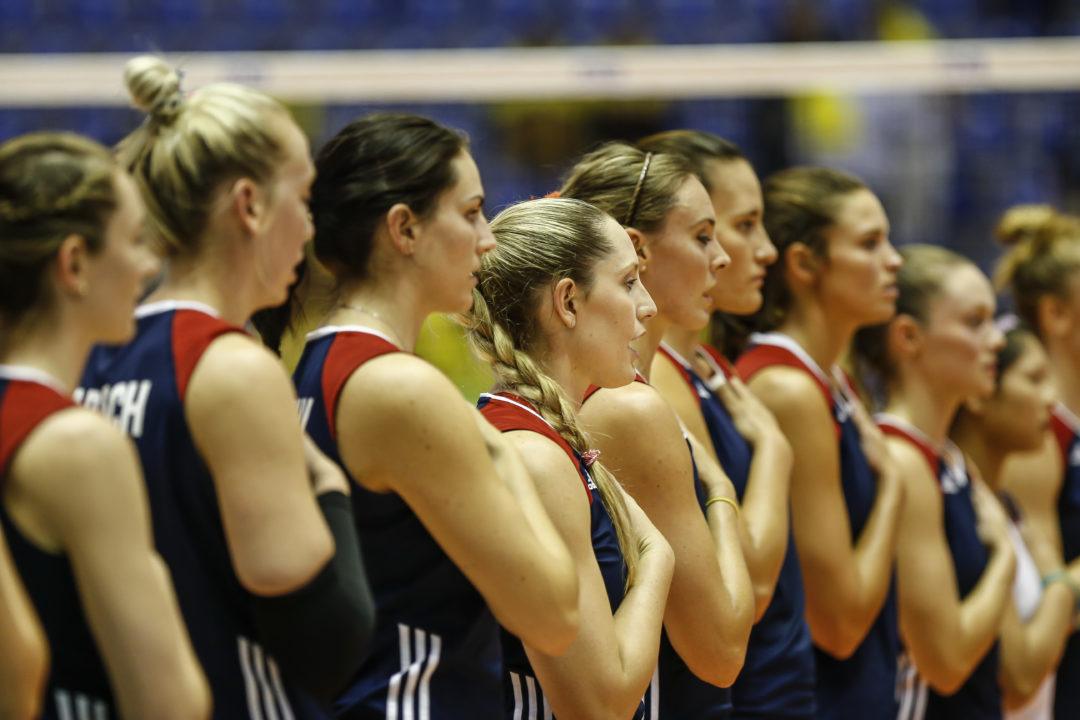 Team USA has announced their preliminary roster for the World Grand Champions Cup. The team will feature a strong presence of players that have seen playing time at the FIVB World Grand Prix, as well as players that took the summer off to rest.

Making their way back into the lineup for Team USA are Rachael Adams, Foluke Akinradewo, Kim Hill and Jordan Larson. These four players made their debut for the national team in 2017 at the USA Volleyball Cup this week. All four players also helped contribute to Team USA’s bronze medal finish at the Olympics and took a break over the summer following the conclusion of their club season.

Over the summer, a number of players announced on the preliminary roster competed with Team USA at the 2017 FIVB World Grand Prix. Carli Lloyd was the teams leading setter at the competition, leading the team to the Final Six. Michelle Bartsch-Hackley, Justine Wong-Orantes, Megan Courtney, Tori Dixon and Andrew Drews all made strong contributions for Team USA.

At the end of the competition, Barrsch-Hackley ranked second for Team USA with 118 points on 90 kills, 11 blocks and 17 aces. Courtney, though did not make huge contributions offensively in the outside position, impressed head coach Karch Kiraly as one of the best passers for the team at the competition. This has recently sparked her move to the libero position for Team USA at the USA Volleyball Cup – though is not a permanent move at this point.

Kiraly still has time to narrow down on his lineup for the World Grand Champions Cup.

Team USA will begin play on September 5 with China in a Grand Prix rematch, followed by Korea, Russia, Japan and Brazil when the competition ends on September 10.