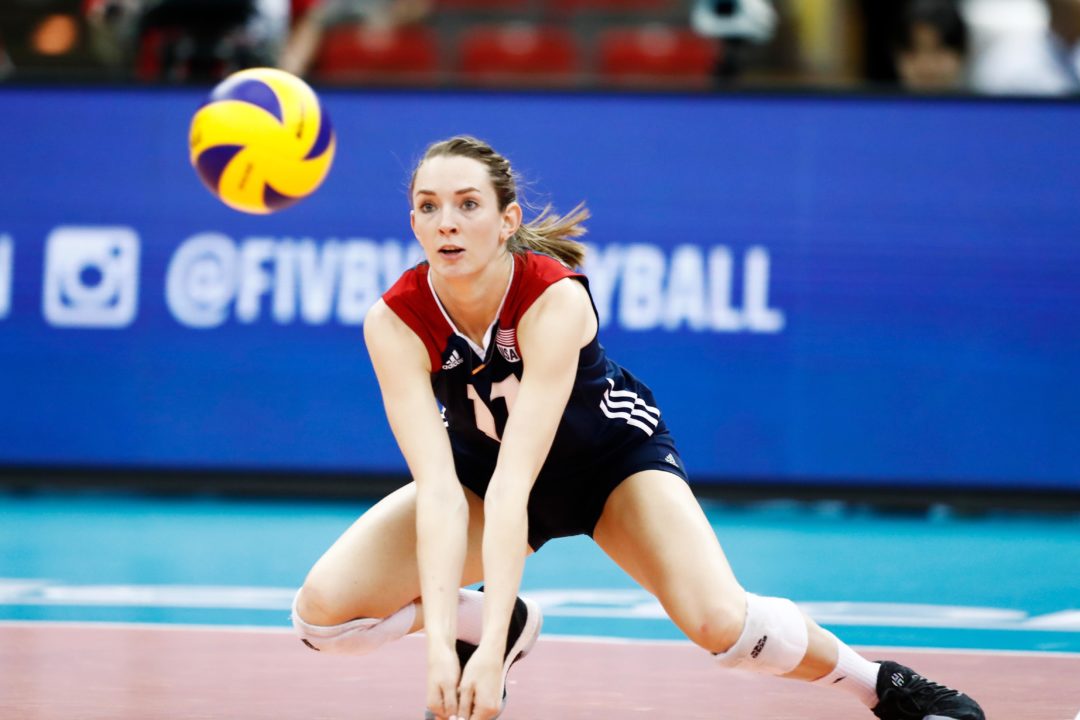 USA Volleyball National Team member Megan Courtney has begun her rehab at home in Ohio after a 3rd knee surgery on... Archive Photo via FIVB

USA Volleyball National Team member Megan Courtney has begun her rehab at home in Ohio after a 3rd knee surgery on October 10th. Courtney tore her ACL on her 2nd day of training with Turkish pro side Canakkale in September. This is Courtney’s 3rd knee surgery. In high school, she previously tore her left ACL, and a year later tore her right meniscus. The latest ACL tear is on her right knee.

Alive and well! Surgery went awesome and quick 2 hours and a brand new ACL! Happy to be home and resting with my puppies and family! Baby steps to recovery! Already starting to walk and bare weight! Thank you to everyone for the kind words, thoughts, and prayers! ❤️

In an interview this week with USA Volleyball’s Bill Kauffman, Courtney described the injury:

“I was playing in a friendly match just two days into being in Turkey with my new club team, Canakkale. I was covering a ball and pushed off and immediately felt a pop in my left knee. Having already torn my other ACL I knew right away what had happened.”

Courtney will rehab with the same physical therapist she used in high school. She says that as compared to the last surgery, where she was “in high school and young,” she’s not going to rush anything. She’s already off her crutches, as was celebrated in the picture below:

Courtney says that she still wants to return as an outside hitter, in spite of the recurring knee injuries. “I don’t think this injury will prohibit me from being an outside again. I am going to train and rehab like I want to get back to being an outside! That’s my goal!”

At 6’0 tall, Courtney played her preferred position, outside hitter, at the 2017 FIVB World Grand Prix – the same position she played at Penn State. At the season-ending Grand Champions Cup, however, she shifted to become one of the team’s two liberoes – showing off her versatility.

Courtney turned 24 years old at the end of October. She has only 2 seasons of pro volleyball under her belt, spending her first season in Puerto Rico (Leonas de Ponce) and last year with Polish side Impel Volleyball. She was due to spend her first year in Turkey with Canakkale this season before the injury to her ACL derailed that effort. Without her, Canakkale is just 1-4, and their 417 points scored is the 2nd-fewest in the league (one more than Beylikduzu).