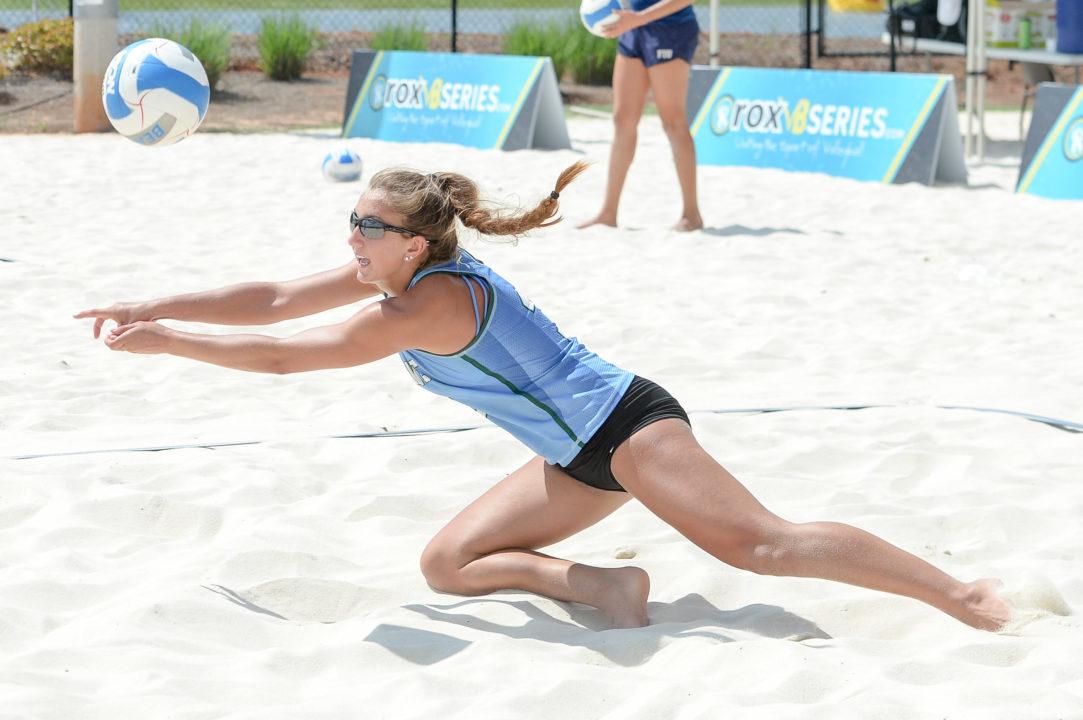 Senior Madeline Mertz and sophomore Kaylie McHugh defeated No. 9 LSU’s top pair of Claire Coppola and Kristen Nuss in straight sets, and No. 19 Tulane beach volleyball swept Houston Baptist, 5-0, in its first dual of the Green Wave Invitational on Saturday. Tulane went 1-1 on the day, suffering a 3-2 loss against LSU in the second dual of the day to move its season record to 15-11 overall, 3-6 CCSA.

HOW IT HAPPENED
No. 19 Tulane 5, HBU 0
The Green Wave breezed past HBU, 5-0, to open the weekend, dropping just two sets across five flights.

Freshmen Ashley Delgado and Addison Hermstad battled to five sets against HBU’s No. 4 pair before winning 17-21, 22-20, 15-7 to give Tulane a 1-0 advantage. Freshmen Gabriella Becerra and Rio Frohoff, playing at the four, followed up their five-set battle with one of their own, fighting tooth and nail en route to a 21-17, 17-21, 17-15 win.

No. 8 LSU 3, No. 19 Tulane 2
Tulane’s upset bid fell just short, as Chin and Orlich fought to three sets in before ultimately dropping flight three to five LSU a 3-2 dual win.

LSU tied it up with a win in flight three. Nguyen and Mergener battled to the very end in the first set, losing 26-24, before going down 21-16 in the second.

All eyes then turned to the action in flight two. Chin and Orlich dropped the first set, 21-17, but rebounded with a 21-16 win in the second.

The drama continued into the third set, where Tulane and LSU’s pairs traded blows back-and-forth. Chin and Orlich trailed by as much as three, but mounted a run to tie the flight at 12 before losing 15-13.

UP NEXT
The Green Wave Invitational rolls on tomorrow. Tulane opens play at 9:30 a.m. against No. 12 Grand Canyon and at 3 p.m. against UNO. The Green Wave’s match against Central Arkansas, which was originally scheduled for 5 p.m. Saturday, is moved to Sunday and will be played at a time to be announced later.