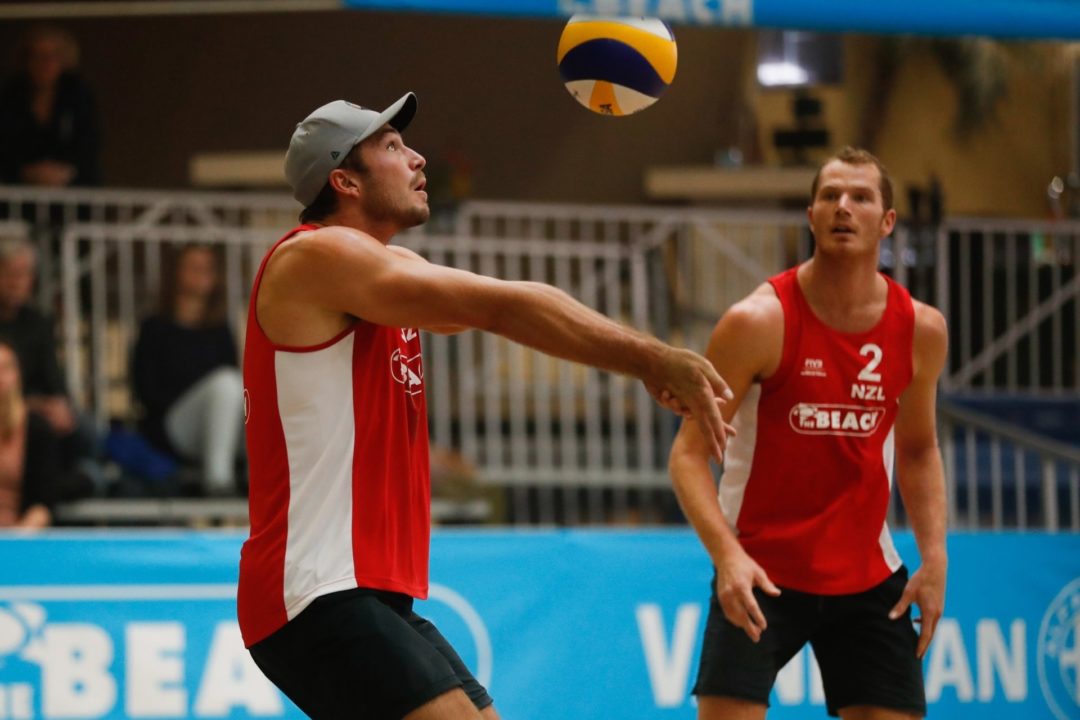 In their second match of the tournament, Canadians Melissa Humana-Paredes and Sarah Pavan crushed their opponents from Trinidad and Tabago with four aces apiece, while Pavan also put up four blocks. The Canadians are slated to face England’s Jessica Grimson/Victoria Palmer, also 2-0, to cap Pool B play after each won in straight sets.

Pool C action closes out Monday as well, with New Zealanders Shaunna Polley/Kelsie Wills and Linline Matautu/Miller Pata of Vanuatu coming into the final day at 2-0.

On the men’s side, Sam O’Dea and Ben O’Dea wrapped pool play at 3-0 with a third three-set win on Sunday to take the Pool C title. The O’Dae’s notched seven more kills in the match (34-27) and a 5-4 edge in blocks.

“We need to find a way to start better but it’s really positive that we’re winning the second and third sets and playing better towards the end of matches,” Ben O’Dea said.

Australians Christopher McHugh/Damien Schumann racked up nine aces in a straight-set win on Sunday, setting up Monday’s Pool A title match between the pair and fellow 2-0 duo Daynte Stewart/Daneil Williams of Trinidad & Tobago.

After two rounds of pool action, Robin Miedzybrodzkl/Seain Cook (Scotland) and Sam Pedlow/Sam Schachter (Canada) are both 2-0 in Pool B. The teams will face off on Monday.