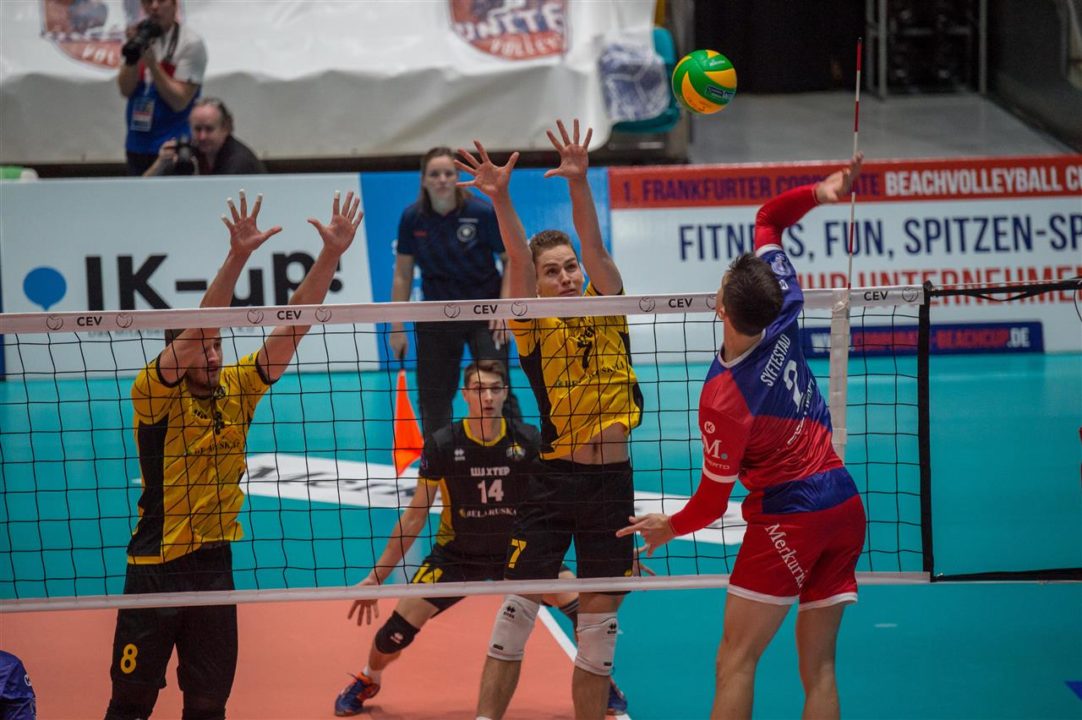 The United Volleys only needed to win 2 sets of their return leg against Shakhitor to advance to the Second Round. They completed that task in the first 2 sets behind 13 points from Milija Mrdak from 11 kills, 1 block, and 1 ace. Moritz Karlitzek contributed 10 points in the first 2 sets on 6 kills and 4 aces.

Frankfurt changed most of their lineup after the second set. Tanner Syftestad led the way for United Volleys with 14 points. He scored on 13 kills and 1 block. This was his first outing in the Champions League or the Bundesliga in which he has scored points. The opposite from UCSD still has some room to grow, as he hit .229 (37%) with 5 errors, but he still put forth a great debut performance in the Champions League as a rookie. Lorenz Karlitzek led the team in passing in the final 3 sets of the match. He scored 9 points on 7 kills, 1 block, and 1 ace.

Shakhtior had 3 players score a lucky 13 points in the tie-break win. Aleh Khimaleuski was one of those players who racked up 13 on 10 kills, 1 block, and 2 aces. Volodmyr Tevkun earned all of his 13 points in attack on the right side. Viachaslau Shmat scored on 10 kills, 2 blocks, and 1 ace. Unfortunately for Shakhitor, they needed to win in 3 or 4 sets to force the Golden Set. They will be playing in the CEV Cup against