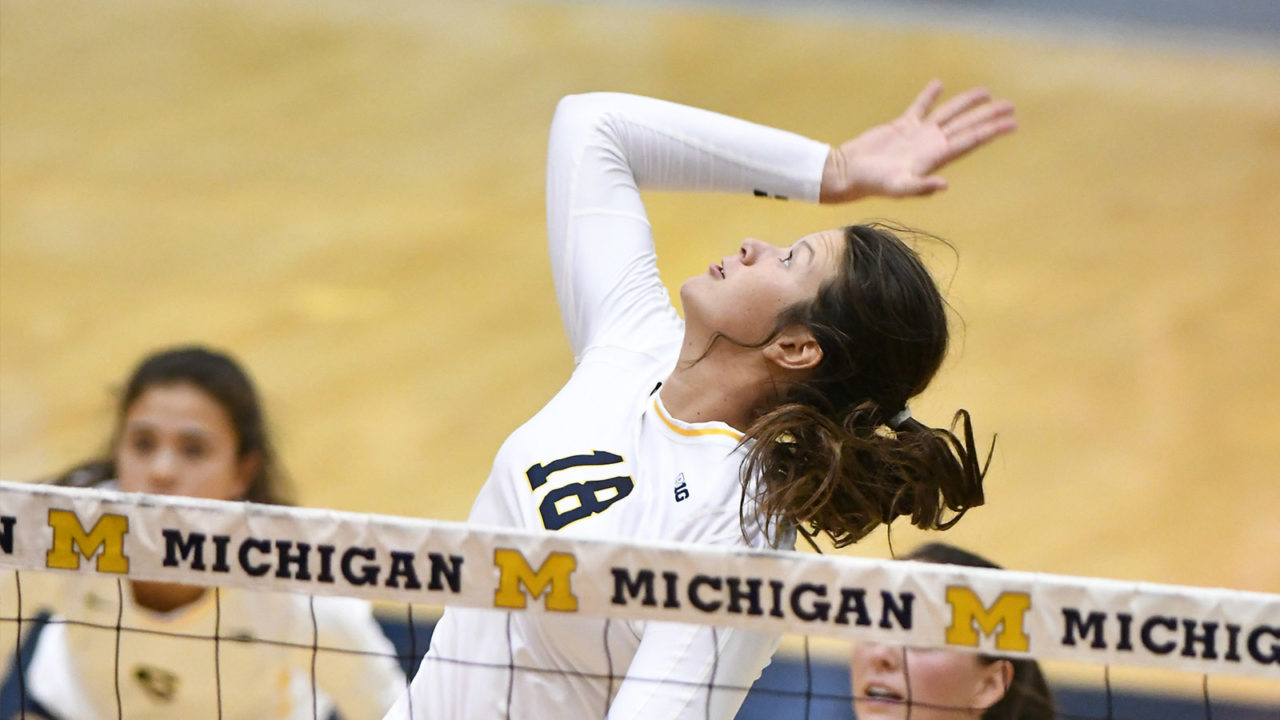 The host of the non-conference tournament started out on the right foot with a sweep of High Point to improve to 1-0 on the season while High Point dropped to 0-1.

The biggest boost for the Tigers and killer for High Point was high-pressured play at the end of sets. The first started 20-20 with the second at 20-19 Auburn. Then, the Tigers went on 5-1 and 5-0 runs respectively. High Point led 23-21 in the third as well, but couldn’t close things out before Auburn eventually won in extra points.

The Wolverines improved to 33-13 all-time in season openers  by sweeping High Point in a matchup of 2017 NCAA Tournament teams. The result ends High Point’s week at 0-2, while Michigan’s got started at 1-0 heading into their meeting with Auburn.

After struggling in closing out sets against Auburn, High Point had more of the same against Michigan. Things were tied 20-20 in the first and ended 25-23 Michigan. It was 22-21 HPU in the second, but two straight kills from Cori Crocker (4 kills, 7 blocks) sparked four in a row. Then, the Wolverines won five of the final seven after the third was also 20-20.

High Point’s next action comes on August 30-31 for a tournament at Kennesaw State. Michigan’s next result can be seen below against Auburn.

Make it a 2-0 start for Michigan to the season, as they took down a 2017 NCAA Tournament team and an SEC foe in the same weekend. Auburn meanwhile splits things up at 1-1.

The Wolverines came out hot offensively and hit .317 behind the offense of Carly Skjodt (14 kills, .270, 7 digs), Sydney Wetterstrom (11 kills, .296, 3 blocks) and several others. There was balance all around, as six players had three plus kills with five at six or more. That was in large part due to setter MacKenzi Welsh (41 assists, 10 digs), who had her second double-double in a row.

Beyond three blocks from Wetterstrom and Cori Crocker (6 kills, 3 blocks), the Wolverines defense was led by  the second consecutive 20+ dig performance from Jenna Lerg. They helped to limit every Auburn player that wasn’t Brenna McIlroy (12 kills, .194, 8 digs) to five or less kills. Bella Rosenthall was also solid defensively but for the losing side in totaling 19 digs.

Michigan now heads back home for the Michigan Invitational next week against Cleveland State, Eastern Michigan and Harvard. Auburn on the other hand heads to the Butler Invitational to face Butler, Illinois State and Eastern Illinois.