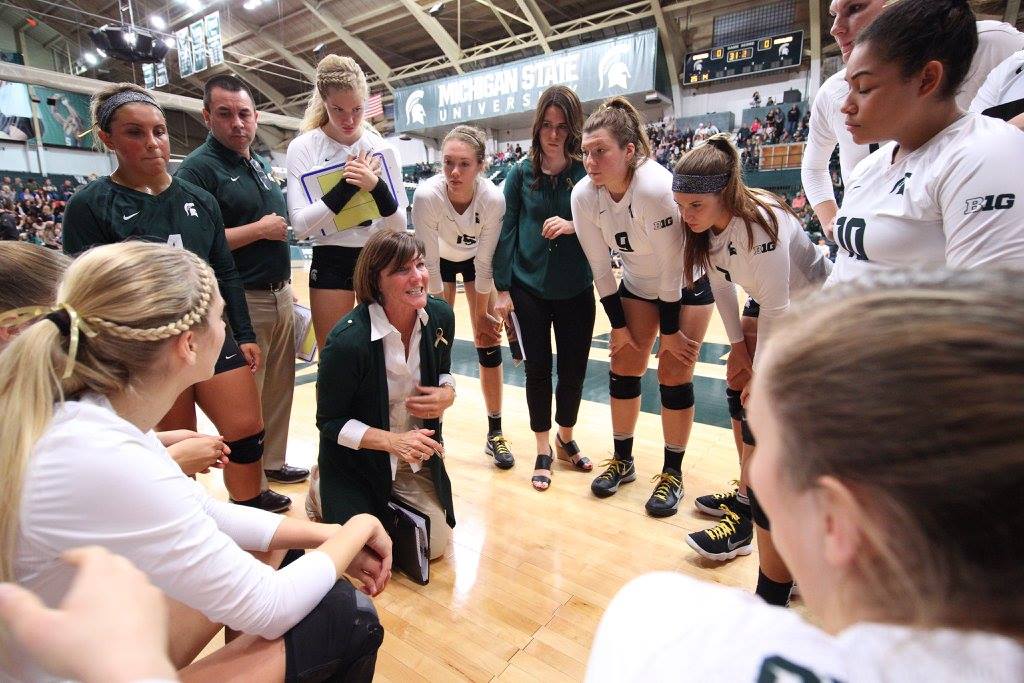 Michigan State volleyball coach Cathy George has announced the addition of Arielle Wilson to the Spartan coaching staff as a volunteer assistant coach.

Wilson brings a wealth of experience not only as a former Big Ten student-athlete and collegiate coach, but also boasts a five-year professional career playing abroad.

“We’re really excited to add a coach of Arielle’s caliber to our staff,” said George. “Her experience as a player in the Big Ten — understanding the high academic standards in addition to the high-level volleyball — allows her to have a connection to our student-athletes. Her experience with USA Volleyball, her professional career, and her experience as an assistant coach will make her a valuable resource for our program in the years to come. We’re thrilled that she’s joining us in East Lansing and look forward to her involvement in our spring ball.”

Wilson began her collegiate coaching career as an assistant at DePaul, where she worked extensively with the team’s middle blockers. During the 2016 season, DePaul had its first All-BIG EAST First Team member (Brittany Maxwell) and the Blue Demons won a program-best seven BIG EAST contests. Middle blocker Jasmine King was a Second Team All-BIG EAST selection under the guidance of Wilson. Her duties also included spearheading the team’s community outreach activities.

Wilson spent five years (2011-16) playing professional volleyball overseas, and her pro career included stops in Italy, Poland, Azerbaijan and Indonesia. In 2013, Wilson also had an extensive stint of training with the US National Team.

Wilson was a three-time AVCA All-America selection and three-time All-Big Ten pick at Penn State (2007-10) during one of the program’s most dominant runs. She played a significant role in helping the Nittany Lions capture four consecutive National Championships and Big Ten titles. She is still the program’s all-time leader in hitting percentage (.468), and also sits fifth on Penn State’s all-time block leaders list. She was the 2007 Big Ten Freshman of the Year and also an Academic All-Big Ten selection (2008). She ranks among the all-time single-season leaders for PSU in hitting percentage (.540 in 2009, first), total blocks (186 in 2009, second) and blocks per set (1.52 in 2009, third).

The Broadview, Ill. native has worked as a camp coach in multiple locations and a summer camp volunteer for Penn State, DePaul and UIC. She has also coached club teams at New Wave and 1st Alliance in the Chicagoland area.

Wilson earned her bachelor’s degree in Kinesiology with a focus in Fitness Studies from Penn State in May of 2011.

Welcome to @MissREL7 – she's joining our staff as a volunteer assistant coach for 2018! https://t.co/JoEEdrxEhu pic.twitter.com/js6uc0XVuQ