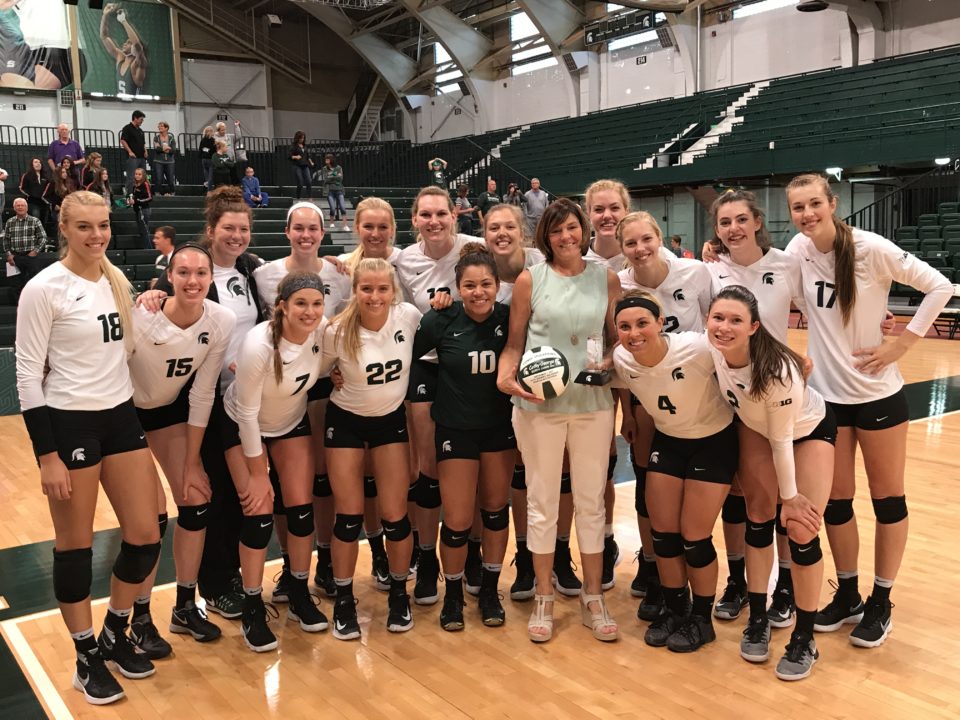 This past weekend, Michigan State's Cathy George picked up her 600th career coaching win as the Spartans swept San Diego State at their home tournament.  Current Photo via Michigan Athletics

This past weekend, Michigan State‘s Cathy George picked up her 600th career coaching win as the Spartans swept San Diego State at their home tournament. 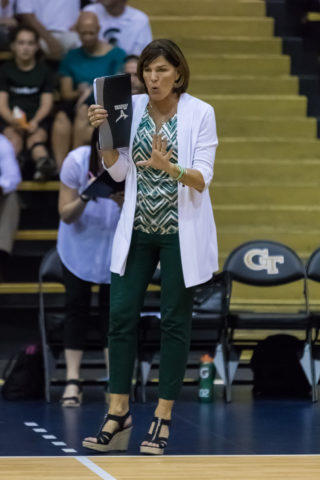 “For the coaching milestone, there’s so many players and people who played a part in reaching 600 victories,” said George. “I owe everyone – my players, my assistants, my administrators, my family – a huge debt of gratitude for the roles they played.”

George got her coaching career started following her obtaining her master’s degree in education from Central Michigan. Her first coaching job was at North Dakota State for two seasons where she amassed an 87-11 record over the two seasons. There George was named the NCC and Regional Coach of the Year in 1987 and the NCC and NCAA Division II Coach of the Year in 1988.

Next, George moved on to Texas-Arlington for five seasons, thus beginning her Division I slate. With the team in 1989, she became the first women to coach in the Division I NCAA Final Four with a 31-4 record. After her five years with the team, George ended with a 93-74 record.

With the Spartans, George began her time in 2005 winning the first six of seven matches as the head coach. Since then George has recorded a 232-163 record with Michigan State and amassed a 597-389 overall record. The Spartans started the season with a 2-1 record, putting her just shy of the feat, but to start the Spartan Invitational the team swept San Diego State to accomplish the honor.

Her 600 wins puts her at 22nd overall among Division I coaches and third in the Big Ten.

Up next for the Spartans is the Active Ankle Challenge at Florida where they will take on American, UNC Greensboro and Florida.