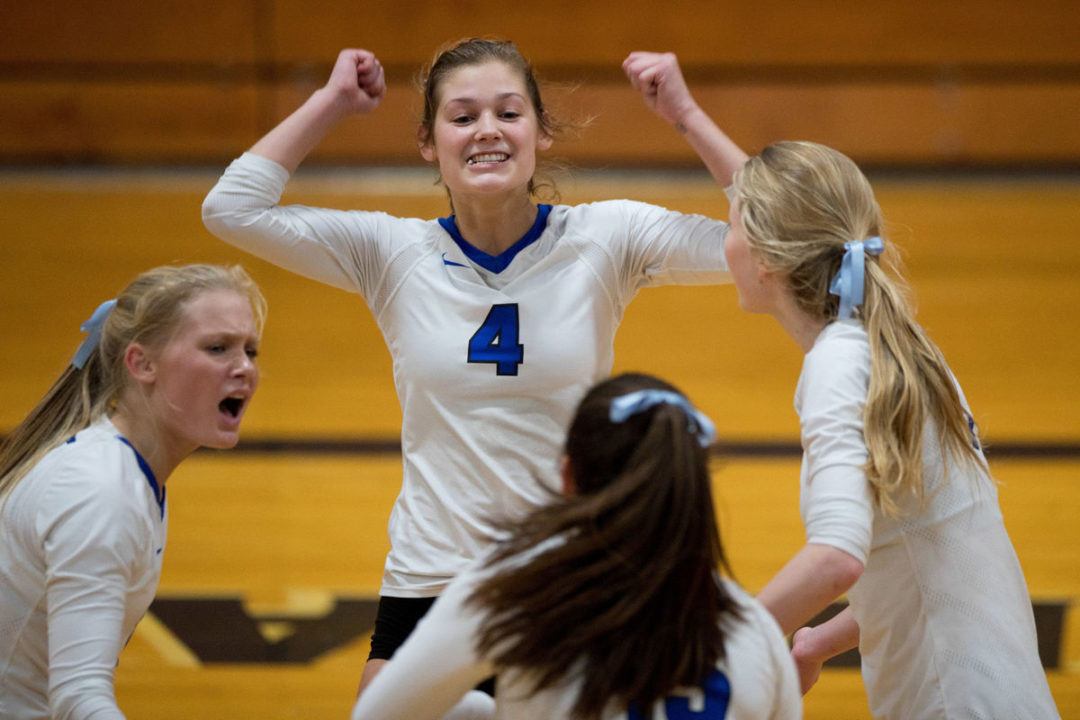 The Nebraska State championships have wrapped up with play taking place at the Devaney Sports Center in Lincoln, Nebraska. Class... Current Photo via Megan Farmer/The World-Herald

The Nebraska State championships have wrapped up with play taking place at the Devaney Sports Center in Lincoln, Nebraska.

With an outstanding performance, producing a double-double was Elise Bauman with 21 kills and 31 digs. Defense ran strong for Millard North as two other players picked up 20+ digs in the match, Madison Evans picked up 27 and Megan Hanson 26.

On Northwest’s side, Kylie Broich put down seven kills and handed out 13 assists. Taylor Hageman picked up 11 digs in the back row.

Having a big night for Malcolm was Jaela Zimmerman who recorded a double-double of 24 kills and 23 digs, however it was not enough to help her team win. Hayley Densberger added 12 kills and nine digs.

Stanton swept Diller-Odell, (25-22, 25-23, 25-20). Jessie Brandl put down 21 kills for Stanton on a .472 hitting percentage. Bree Burtwistle recorded a triple-double with 12 kills, 25 assists and 14 digs. Also putting down double-digit kills was Hannah Heppner with 13. In the back court, MacKenzie Brandl picked up 23 digs.

For Diller-Odell, Madison Jurgens produced a double-double with 18 kills and 12 digs.

Leading Wynot was Cortney Arkfeld with nine kills and in the back court Carissa Kuchta picked up seven digs.