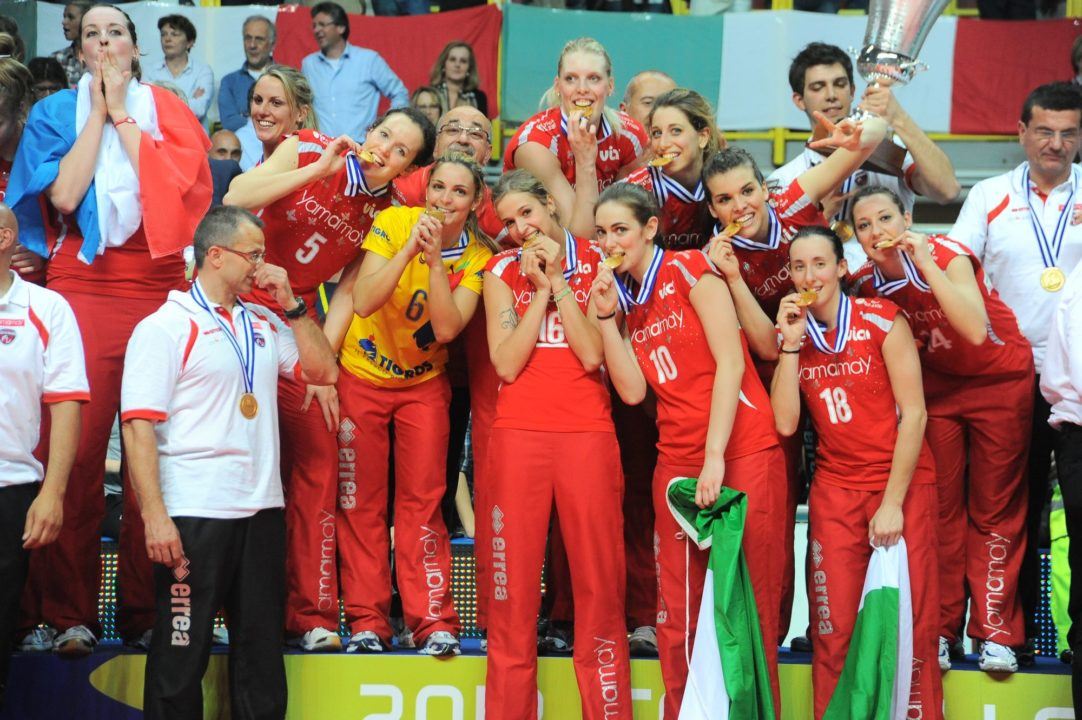 Italian Serie A1 runner-up Lio Jo Nordmeccanica Modena added a libero to the roster with the transfer of Veronica Bisconti. Archive Photo via CEV

Italian Serie A1 runner-up Lio Jo Nordmeccanica Modena added a libero to the roster with the transfer of Veronica Bisconti. A 172 cm (5’7″) libero, the Italian native becomes the second at her position on the roster.

Bisconti started her volleyball career at just 13 years old with the youth team for Volley Milano. In 2011 as a 20 year old, she made it to the senior roster of Busto Arsizio in Italian Serie A1. She was part of a club that won the Italian Cup, the CEV Cup and the league title. In 2013, Bisconti moved to Monza in Serie A2 and again switched clubs in 2015 to Villaverla. This previous season, she played with Volley Soverato in Serie A2 on a team that finished fourth in the second league’s table. Now, at 26, she will be a part of Lio Jo Nordmeccanica Modena.

Modena will look for Bisconti to help push the team over the edge after finishing as the runner-up in 2016-2017. They ended the regular season in the fifth slot of the Italian Serie A1 after they went 11-11 for 34 points, but followed it up with a magical ride in the postseason. After upsetting Bergamo in the quarterfinals, Modena took down Conegliano in the semifinal round before falling to Novara in the finals for a runner-up finish. In 2015-2016, they came close to winning the Italian League as well after a third-place ending.

After coming close to an Italian Serie A1 championship for two straight years, Modena will look for Bisconti to help solidify the defense as they look to make another title run.