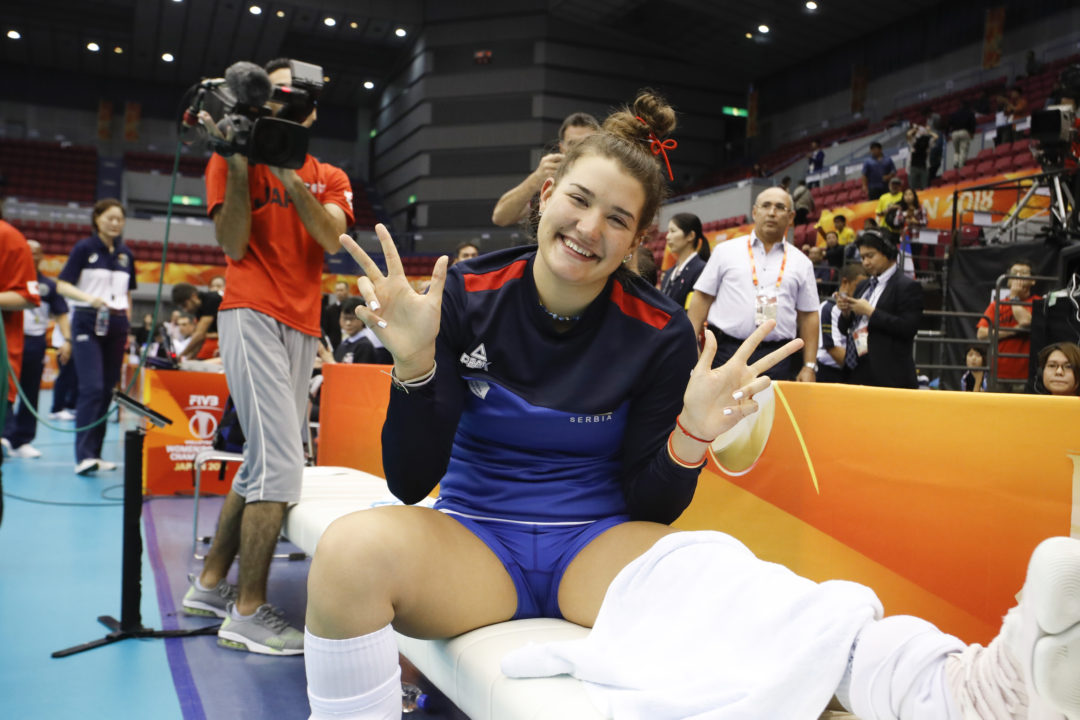 At Scandicci, Scott will join a team that finished its 2017/18 regular season in second place, sporting a 18-4 record.  Current Photo via FIVB

Italy’s Scandicci has announced in its official website that 21-year-old Serbian youngster Bojana Milenkovic, who suffered an ACL tear (left knee) during the preliminary rounds of the WCH, has undergone surgery in Italy and is now expected to miss at least 6 months of playing time. The news comes as a blow for the Serbian, as she’ll probably miss the entirety of what was supposed to be her maiden professional season outside of her home-country.

Scandicci has also announced that Milenkovic’s replacement will be USA’s outside hitter Regan Scott. The 35-year-old 6’2″ LSU graduate is transferring out of Turkey’s Samsun BB. A true volleyball nomad, Scott has played seasons in Spain, The Netherlands, France, Azerbaijan, Romania, Turkey, Puerto Rico, Poland, and Indonesia. Internationally, she represented Team USA at the 2011 Pan American Games and 2013 Grand Prix.

At Scandicci, Scott will join a team that finished its 2017/18 regular season in second place, sporting a 18-4 record. It then went on to beat Pesaro in the quarterfinals but lose to eventual champions Conegliano in the semis three games to zero. This season, it is still a big title contender, as it has kept most of its key pieces intact.

Un saluto speciale dalla nostra @malibojan11 l’operazione è andata bene e non vede l’ora di tornare in campo!🏐🔥 A special greeting from our Bojana Milenkovic, the operation went well and can not wait to get back on the pitch! 🏐🔥 #Savinogogogo #VolleyPower