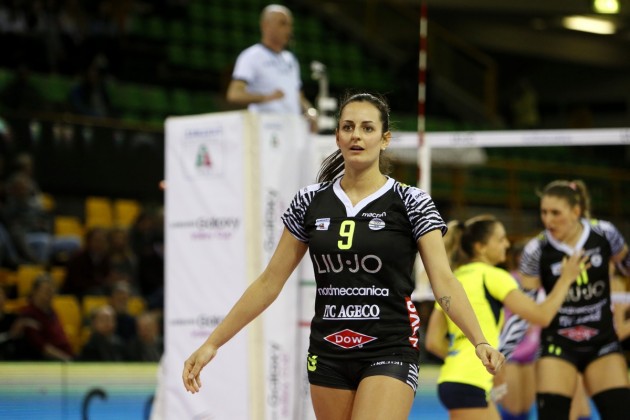 LiuJo Nordmeccanica Modena took down Pomi Casalmaggiore to conclude the Italian regular season, however, the win was overshadowed by the injury of Caterina Bosetti. Current Photo via Salvatore Marrone

LiuJo Nordmeccanica Modena took down Pomi Casalmaggiore to conclude the Italian regular season, however, the win was overshadowed by the injury of Caterina Bosetti.

Bosetti fell with a left knee injury late in the fourth set of the match and was immediately removed from the court, unable to continue playing. She underwent radiological exams to check for bone lesions but a ligament lesion was found. For this, Bosetti is undergoing surgery on March 14 and potentially could miss some of her national team matches this summer.

With the absence of Bosetti from the lineup, the team will have to look for another player to step up in her position. Stepping up in the remainder of the fourth and fifth set was Judith Pietersen who posted just 2 points in her time on the court.

The playoffs for the league will begin on March 18 for Modena as they will face off against #3 Imoco Volley Conegliano in a best-of-three series to advance to the semifinals.

That video is brutally unbelievable