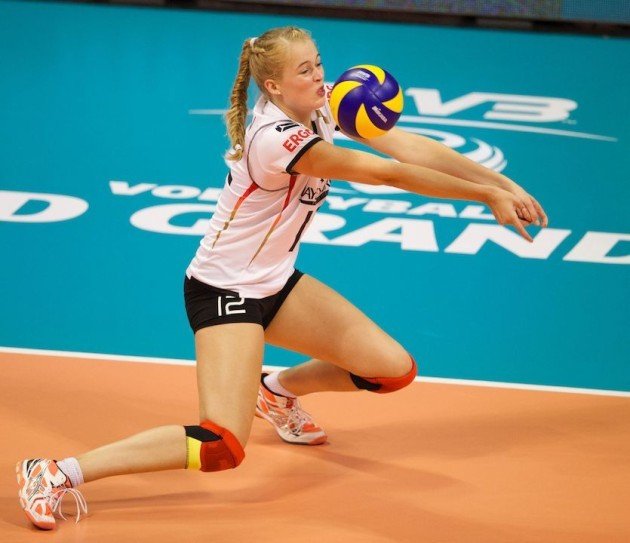 ProVictoria Pallavolo Monza has called upon teenager, Hanna Orthmann, 18-years-old, to play in the Italian Serie A1 this coming season.... Current Photo via FIVB

ProVictoria Pallavolo Monza has called upon teenager, Hanna Orthmann, 18-years-old, to play in the Italian Serie A1 this coming season.

Orthmann has been a fixture on the German youth and junior national teams, where she competed with the U18 and U19 teams at the European Championships and the World Championships. Moving up from the junior team, in 2016, Orthman had her first assignment with the senior national team in Germany, the FIVB World Grand Prix. On the Grand Prix squad, Orthmann was the youngest player for the German team.

At the World Grand Prix, Orthmann was a constant fixture on the court to begin the competition, not typically starting but would join the match to add a spark to the squad.

In2014 Orthmann played in the second Bundesliga with the junior team USC Munster but was moved up to the first team of the club the remainder of her time with Munster. Now, she transfers to Monza, who is in the Serie A1 Italian league. Last season, Monza was taken down by Busto Arsizio in the first round of the playoffs and finished 11th overall with a 7-15 record in the regular season.