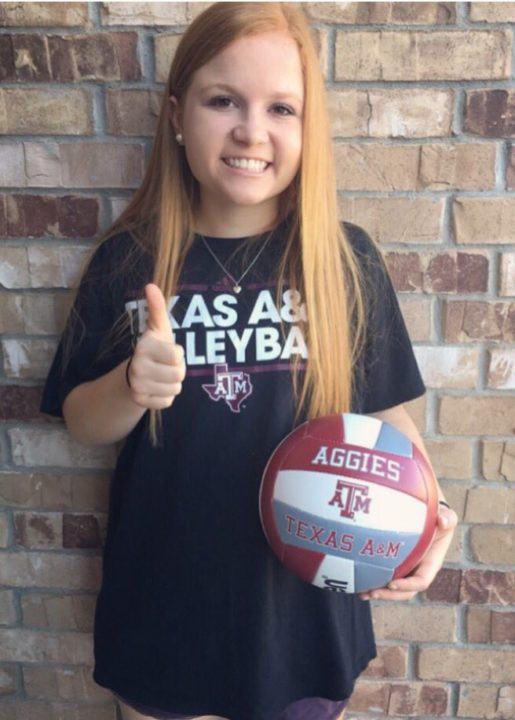 Super excited to announce that I have been blessed with the opportunity to verbally commit to @AggieVolleyball !!! gig’ em!!! ??? pic.twitter.com/XCpeCr6W52

In 2016 at London High School, Voss was named the District 31-3A Most Valuable Player as a junior. She was also a Class 3A all-state selection for a team that made its fifth consecutive district title and a third straight Region IV tournament appearance as she netted 511 digs on the season.

On the club side, Voss was a champion of the 16 Open Division at Colorado Crossroads and played for San Antonio Magic 17 Elite this past year. Her performance earned her a spot on the PrepVolleyball Defensive Dandies List in both 2016 and 2017.

Some of the highlights from Voss with her club team can be seen below, via her Vimeo page:

Voss now joins a Texas A&M team that posted a 21-9 record in 2016 as they went 15-3 in the SEC en route to an NCAA Tournament appearance. They currently have three defensive specialists/liberos on the roster for 2017, as two are seniors. That means Voss figures to fill one of those two openings come 2018.