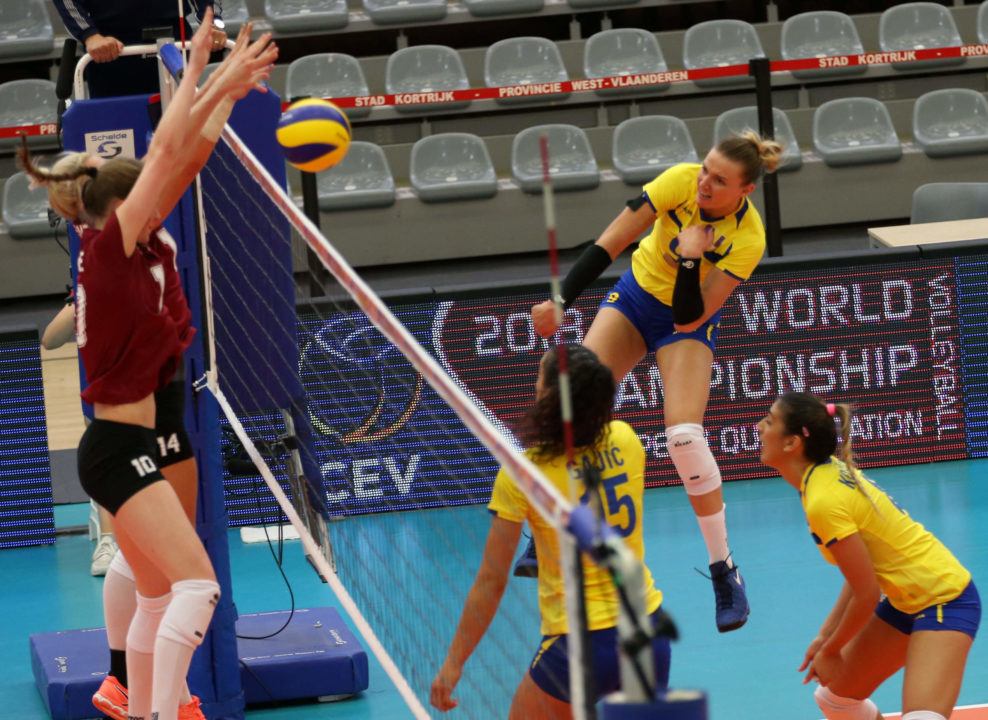 Saugella Team Monza has re-signed Edina Begic to a new one-year contract for the 2017-2018 season. Begic is a 185 cm (6’1″) attacker and receiver who is also on the national team of her home country, Bosnia & Herzegovina.

Begic, originally from Bosnia & Herzegovina, went across the sea to the United States for a collegiate career. She attended Arkansas Little Rock from 2011-2015, where when she left she held the school records in kills per set, kills, sets played and attacks. She was also second in aces and digs. Her crowning achievement may have been in the NCAA Tournament, when her Arkansas Little Rock squad upset seeded Kansas in the first round behind Begic’s 27 kills and six blocks.

Following her graduation, Begic played one year with Volley Soverato in Serie A2 before making the move to Monza in Serie A1 for 2016-2017 in her first year with the club. Playing in Italian Serie A1, Saugella Team Monza went just 7-15 for 21 points. That mark put them in 10th of the 12 team league as they lost in the first round of the playoffs in four sets to Busto Arsizio.

Monza was the Serie A2 champions back in 2015-2016, so last year was a new opportunity in the top Italian league. With a 24-year old Begic returning to the club, Monza will look to continue its upward trajectory into 2017-2018.