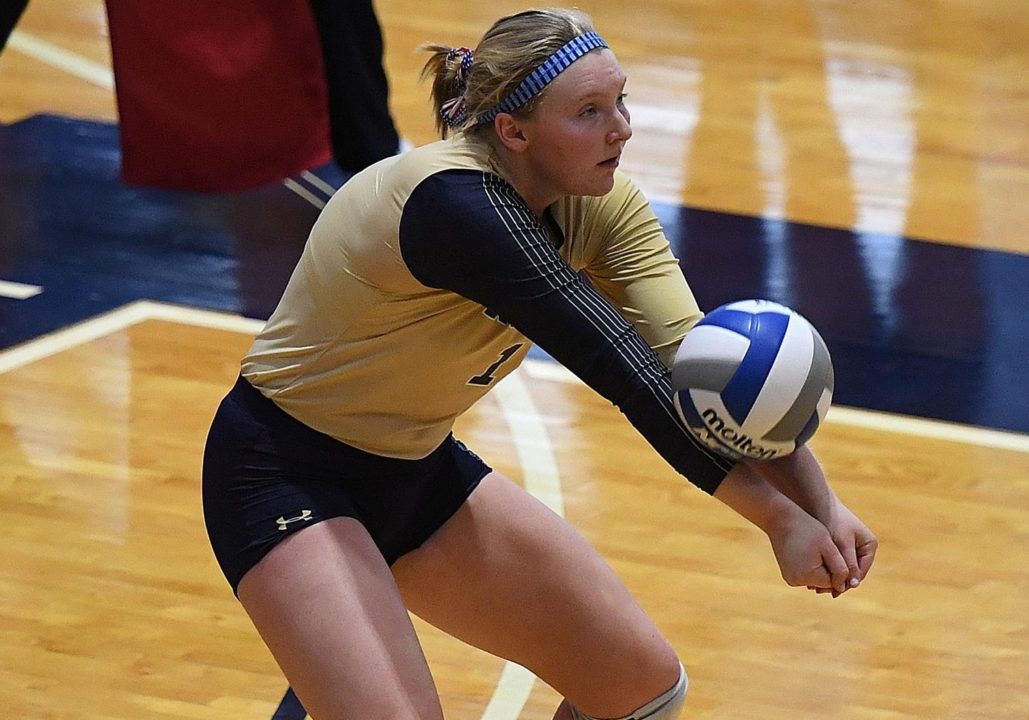 Navy sophomore Maddi Sgattoni was named the Patriot League Volleyball Player of the Week while Loyola Maryland freshman Katie Forsythe was selected as the rookie of the week by the League office. Current Photo via Navy Volleyball

CENTER VALLEY, Pa. – Navy sophomore Maddi Sgattoni was named the Patriot League Volleyball Player of the Week while Loyola Maryland freshman Katie Forsythe was selected as the rookie of the week by the League office on Monday.

Maddi Sgattoni, Navy, So., OH, Pittsburgh, Pa.
* Sgattoni helped the Mids go 2-0 last week against Bucknell and Lehigh.
* The sophomore posted a then-career-best 21 kills at Bucknell to go with a career-high four blocks.
* In the five-set victory against Lehigh, she broke her career-high in kills with 22. Sgattoni also collected 20 digs to mark Navy’s first 20-kill, 20-dig match in 12 years.

This week's #PLvb🏐 award winners have been announced!

Katie Forsythe, Loyola Maryland, Fr., L, Perry, Ohio
* Forsythe recorded 32 digs against Lafayette in three sets after she produced 18 digs against Lehigh.
* The 32 digs is six more than any Patriot League player has had in a three-set match this season.
* Forsythe also had five aces against the Leopards, the most by a League player in a three-set match this year.

Katie Kerins, Holy Cross, So., MH/OH, Laguna Niguel, Calif.
* Kerins led her team with 11 kills, hitting a season-best .550, to defeat Colgate in four sets for the first time since 2014. She then notched 15 kills and hit .324 versus Army West Point.