All-session tickets for the 2017 NCAA Men’s Collegiate Volleyball Championship (May 4 & 6) will go on sale to the... Current Photo via Ohio State Athletics

All-session tickets for the 2017 NCAA Men’s Collegiate Volleyball Championship (May 4 & 6) will go on sale to the public on Friday, February 17. A direct Ticketmaster link to purchase will be released Friday morning. St. John Arena, on the campus of The Ohio State University, will serve as the host venue for the fifth time in facility history.

**Ages 2 and older require a ticket for admittance

Parking in St. John Arena lots will be free for the event. Ohio State students will also receive free admission with a valid BUCK ID for any matches in which the Buckeyes are competing. Doors will open 60 minutes prior to the first semifinal and again for the finals. 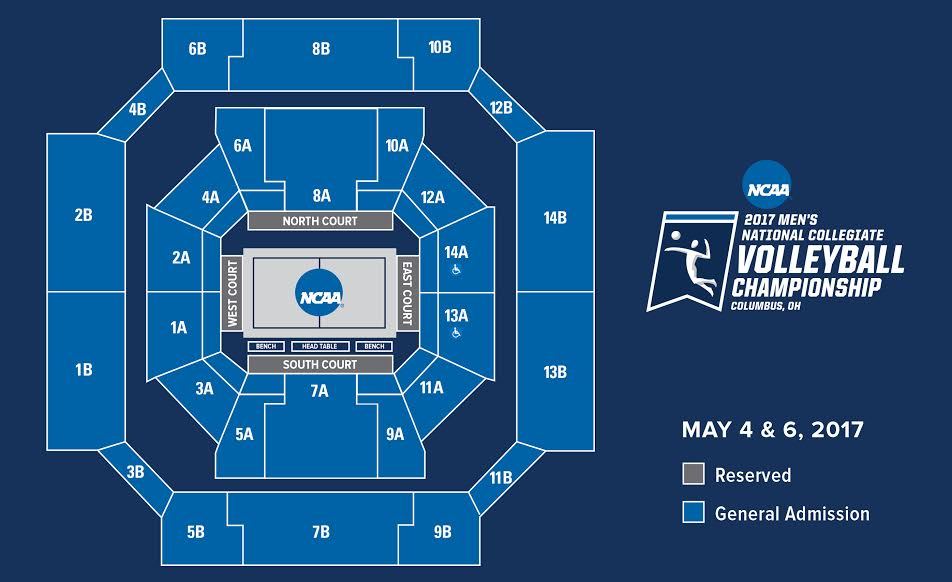 Ohio’s capital city has laid claim to the title of ‘Volleyball Capital of the Midwest,’ becoming the first city in NCAA history to host both the women’s and men’s collegiate national volleyball championship in the same academic year in addition to a long history of hosting premier amateur volleyball events. The NCAA Women’s Volleyball Championship was held Dec. 15-17, 2016 downtown at Nationwide Arena.