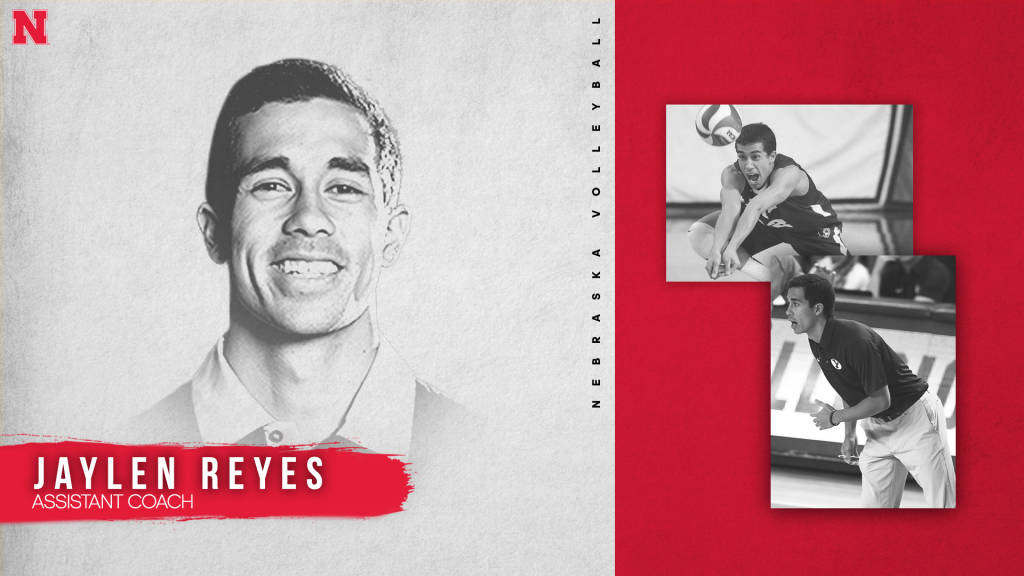 The University of Nebraska has announced the hiring of BYU men’s assistant coach Jaylen Reyes as the new assistant coach for the Husker program. Reyes takes over for Tyler Hildebrand, who accepted a position with USA Volleyball as director of coaching for the Beach National Team Program.

Reyes is BYU’s former libero and has been an assistant with the program for the past three seasons. With the Cougars, Reyes was in charge of player development and was the recruiting coordinator. In each of the past two seasons, the Cougars advanced to the NCAA Championship match but fell short to Ohio State in each. Following the conclusion of BYU’s season, Reyes will join the Huskers where he will coordinate game plans and scouting reports while assisting in coaching all positions.

Reyes other coaching experiences include the lead coach for Gold Medal Squared Clinic since 2014 and was the assistant coach with the SCVA High Performance Team in the International Youth Division at the USA Volleyball High Performance Championships, winning the silver in 2017 and bronze in 2016.

In his playing days, Reyes was the libero for BYU from 2012-15, receiving an AVCA All-America Honorable Mention in 2015. He is the all-time rally-scoring era leader in games played (431) and second in career digs (762).

The Huskers are coming off their 2017 National Championship run after going 32-4 on the year. The team will be in a rebuilding year in 2018, after losing seniors Kelly Hunter and Annika Albrecht – two of the team’s leading contributors.

Nebraska will be in a much less of a “rebuilding” year than they were a year ago, when they lost 3 first team All-Americans. Do you even know much about VB? You poor things