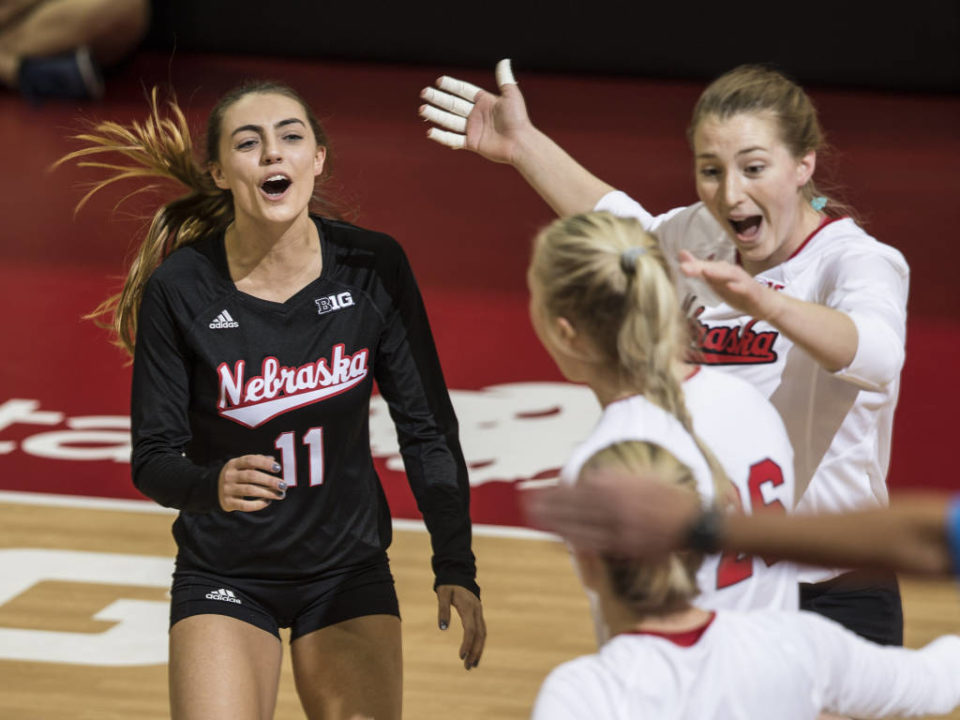 The Nebraska volleyball squad brought their furry friends to their NCAA Selection Show viewing this past Sunday to watch them learn their fate in the coming weeks. Current Photo via Nebraska Athletics

It has been shown that dogs have a calming effect on humans while also just being a loving companion. The Nebraska volleyball squad brought their furry friends to their NCAA Selection Show viewing this past Sunday to watch them learn their fate in the coming weeks.

It was initially thought that the Huskers would receive a top-four seed in the tournament based on the NCAA Selection Committee on November 1, but that changed in the past month. Nebraska won out the Big Ten, losing just one match to share a portion of the Big Ten championships – defeating the eventual #1 seed Penn State on the road in a sweep.

The Huskers will host the first two rounds of play and depending on how Kentucky does in the first two rounds will either host again (if the Wildcats lose) or travel to Kentucky to play their regional matches. Fighting through this portion of the tournament, Nebraska will be just three-four hours from the Final Four location in Kansas City, Missouri – making it a likely Nebraska-based crowd if they make it that far in the tournament.

This is Nebraska’s 35th straight appearance in the NCAA Tournament, having won four national titles, with their last in 2015 in Omaha, Nebraska in front of a strong Nebraska crowd. In the 35 previous NCAA Tournaments, Nebraska has a 102-31 (.767) record. The Huskers are looking to be the first Nebraska squad to reach three straight Final Fours.

Think Nebraska has a shot to win or think someone else will take the crown? Take part in VolleyMob’s Prediction Contest by clicking here – it’s free to enter!