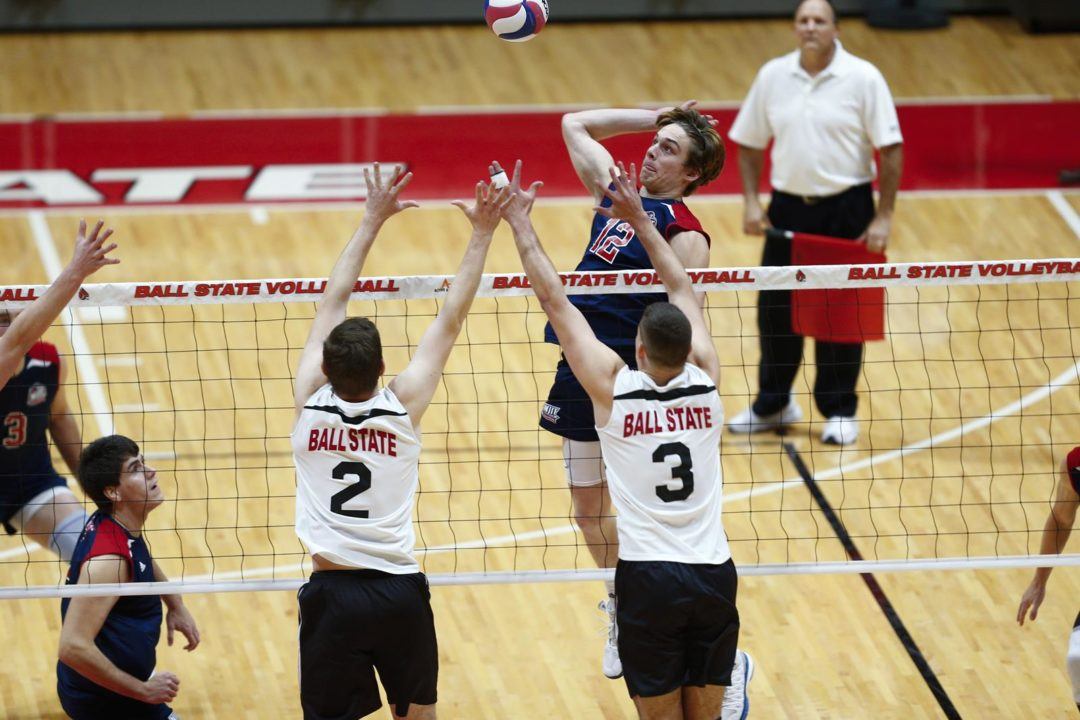 Quick Hits…
–NJIT last defeated a top-ranked opponent five years ago (April 13, 2012) when the Highlanders stunned No. 15 Harvard on Senior Night in the Fleisher Athletic Center
–The last time NJIT defeated George Mason was on February 25, 2007, in the Rutgers-Newark Golden Dome Classic, with the Highlanders coming out on top, 3-1

NJIT’s Goodridge, a 2017 Off the Block Preseason All-American honoree, notched his 11th double-digit kill contest of the season, pacing the match with 19 kills and combining for a .424 hitting percentage.

Freshman middle Luke Allmond finished with an impressive .818 hitting percentage with eight kills on 11 swings with no errors for the Highlanders.

Sophomore setter Ricardo Whitaker led the match with 34 assists while Raymond Kowalski combined for a match-high 10 digs to go along with eight kills and two service aces.  Goodridge added seven digs in the win.

The Highlanders held a slight edge in the service ace category, led by Goodridge, Kowalski and Brad Thele with two service aces each.

First Set
NJIT jumped out to a 3-0 lead and later extended to 8-5, resulting in a George Mason timeout.  The set went back-and-forth with neither team leading by two, until the Patriots rallied off three straight, pulling within one of the Highlanders, 20-21, resulting in an NJIT timeout.  The Highlanders would finish off the set on a 4-1 spurt, securing the first frame, 25-21.

Second Set
In a set which saw 12 ties and seven lead changes, the score was tied for the last time at 16 after an NJIT attacking error.  NJIT used a 5-1 run to push ahead 21-17, as the Patriots would call timeout to regroup.  George Mason scored a point out of the timeout but the Highlanders went on a 4-1 run to close out the frame, 25-19, to go up, 2-0.

Third Set
In another close set, the frame saw 12 ties and eight lead changes, as George Mason combined for a .379 as opposed to the Highlanders -.042 hitting percentage.  The Patriots used a late run and scored the final three points of the set for a 25-17 victory.

Fourth Set
In the final frame, the home team opened the set on a 9-5 spurt.  Through the mid-teens, neither team led by more than four points, until the Patriots slimmed the lead to within two, 18-20, on a kill by Bradley Creamer, resulting in a Highlander timeout.  NJIT closed out the match on a 5-2 run, to upset 15th ranked George Mason, 25-20.

Next Action
NJIT will break for a week and return to action on February 24 when the Highlanders visit Sacred Heart at 7pm.  The next day NJIT will square off against Harvard at 4pm.