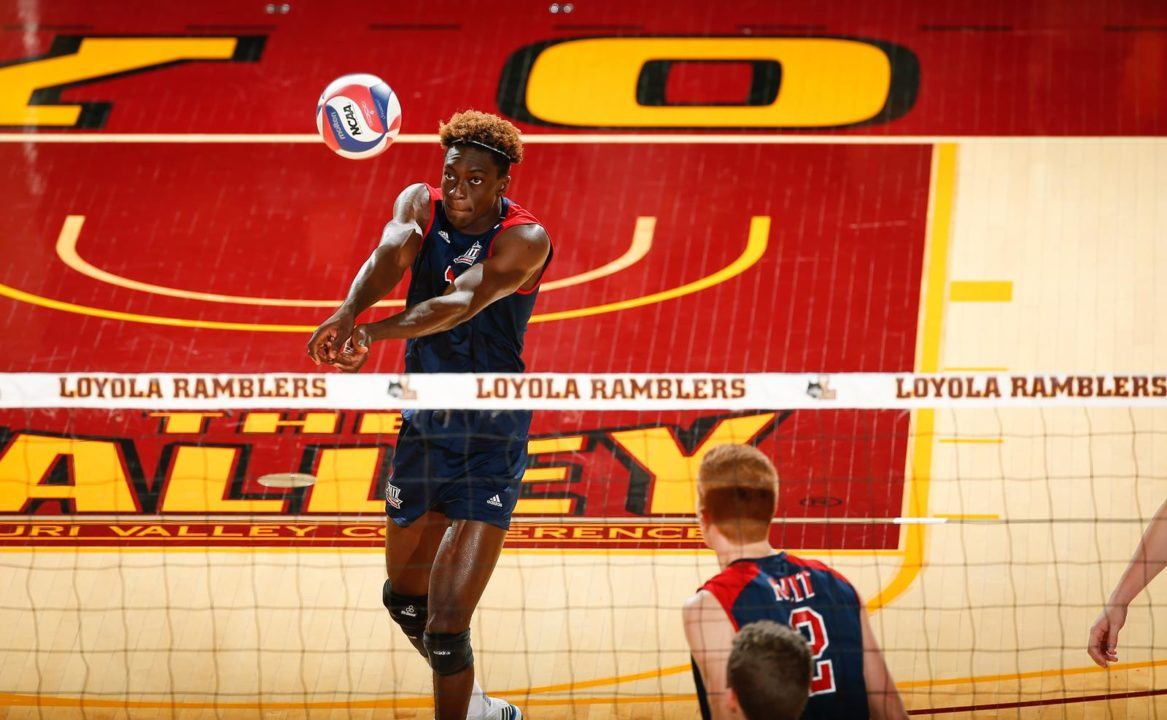 Senior Jabarry Goodridge has been selected as the EIVA Offensive Player of the Week after averaging 5.83 kills/set in a 2-0 week which included a sweep of Princeton in EIVA action. Goodridge began the week with 15 kills on a .480 hitting percentage in a 3-0 shutout victory against Coker. Jabarry also added two service aces and two assists to go along with five digs and three total blocks on the defensive end. Against the Tigers, Goodridge finished with 20 kills and hit .533 while adding four service aces and five digs on the defensive end. For the week he hit .509 with 35 kills as Jabarry has recorded double-digit kills in all but one match this season. Goodridge is currently 1st in the EIVA in kills (267), kills/set (4.45), and service aces (28) while ranking 3rd in hitting percentage (.338). This is Jabarry’s first EIVA Offensive Player of the Week selection in 2017.

Raymond Kowalski has been selected as the EIVA Defensive Player of the Week as he helped NJIT to a 2-0 week which included a 3-0 sweep over Princeton. In six sets, Kowalski recorded 11 total blocks and nine digs as he finished with five total blocks and five digs in a 3-0 victory over Coker then followed with six total blocks and four digs against the Tigers. Offensively he would add 23 kills (3.83 kills/set) and hit .292 to go along with a pair of assists and service aces. This is Raymond’s first EIVA Defensive Player of the Week selection in 2017.