No. 6 Florida Rolls Through Alabama In Three 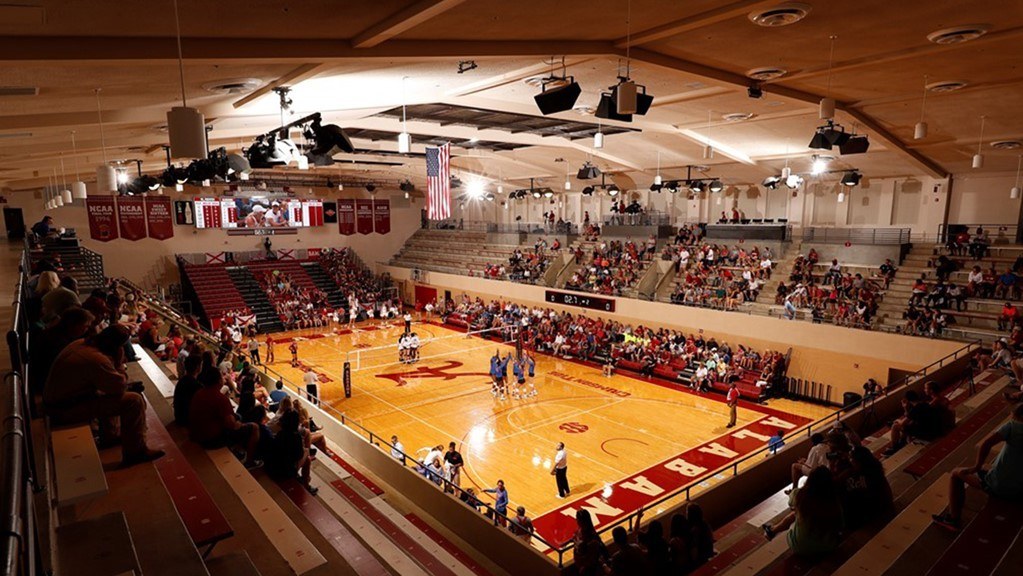 In the three set sweep, Florida improved to 42-0 all-time against Alabama, never losing to the Crimson Tide.

Krystal Rivers led the way for Alabama with 17 kills and Leah Lawrence posted a .500 hitting percentage with eight kills. Shannon Mikesky recorded a double-double with 27 assists and 10 digs, her seventh of the season.

The Gators added their 12th straight victory behind anAllie Monserez double-double and a potent Florida offense that hit .375 with three Gators, Rhamat Alhassan (.625), Rachael Kramer (.727) and Alex Holston (.444), all above a .400 clip. The Orange and Blue posted 11 blocks to Alabama’s three and held the Crimson Tide to a .196 efficiency with their stability in the back row.

Monserez served up a career-tying three aces to accompany 10 digs and 43 assists, her most in a three-set match this season. Holston posted a team best 15.0 points and Shainah Joseph had a season high four blocks as Florida maintained its undefeated record all-time against Bama (42-0).

In a close first set, it was a battle of the right sides, Holston with five kills and Alabama’s Krystal Rivers with nine. After Florida got out to a 9-4 lead, Bama climbed within one point at 12-13, but that’s as close as the Crimson Tide would get. A late Alabama rally narrowed the Florida advantage 23-21 until the veterans, Holston and Alhassan, struck to finish it off 25-22.

Florida cruised through the second with a number of highlights, including four blocks and a .452 efficiency. Joseph was alive on the block en route to a season best day for her at the net. The Gators strung together a 6-0 run through the heart of the frame, thanks in part to Sam Dubiel behind the service line. The Orange and Blue were potent on the block with roofs at points 14, 16 and 17 to help keep momentum in the Gators’ favor down the stretch. Two straight Monserez service aces and kills from Kramer and Carli Snyder closed it out for the 2-0 UF lead at the break

The Orange and Blue finished it off with a 25-19 third frame for the Gators’ first sweep in SEC play and their eighth 3-0 victory so far in 2016.

Florida will have a quick turnaround with SEC foe Kentucky heading to Gainesville Wednesday for an 8 p.m. SEC Network mid-week clash in the Lemerand Center.

WORDS FROM WISE
“To come in and beat this Alabama team, which was on such a great run and played so well on Friday night, speaks volumes about our preparation and execution.”

ON THE HORIZON
After the weekend road trip to open SEC play at Ole Miss and Alabama, the Orange and Blue will open the conference season at home against foe Kentucky Wednesday in the Lemerand Center. First serve between the Gators and Wildcats is slated for 8 p.m. on SEC Network with Sam Gore and Missy Whittemore on the call. As always, Gator fans can catch the action on ESPN Gainesville (95.3 FM / AM 850) with Tom Collett and Josh Crow.

Alabama (12-3, 1-1 SEC) was led offensively by Krystal Rivers with 17 kills while Leah Lawrence finished with a season-high .500 hitting percentage, posting eight kills on 14 swings with just one error. Shannon Mikeskyfinished with 27 assists and 10 digs, her seventh double-double of the season and her second of the weekend. For Florida (12-1, 2-0 SEC), Alex Holston led the team with 14 kills while Rhamat Alhassan and Shainah Joseph each stuffed four blocks.

Alabama scored the first point of the opening set but Florida pulled away to an early 9-4 lead before the Tide took its first timeout. After the break, Alabama regrouped with an 8-4 run to draw within one point as a kill by Shannon Mikeskyoff an overpass made it 13-12 Florida with the Gators taking its first timeout. Alabama remained behind by one at 15-14 until Florida gathered some momentum with a 4-1 run to lead 19-15 at the Tide’s second timeout. The Gators were looking to put things away, leading 23-17, but the Tide held strong scoring three-straight points, including a pair of kills by Krystal Rivers, to draw within three and force Florida to take a late timeout. Despite the late push, the Gators held on to narrowly win, 25-22.

The two teams were neck-and-neck early in the second set until, tied at 8-8, Florida began to pull away with an 8-2 run to lead 16-10 as Alabama took its first timeout. The Tide took its second timeout facing an eight-point deficit, 20-12, and the Gators eventually won the second set by double digits, 25-14, and took a 2-0 match lead into the locker room at intermission.

Alabama held the lead three times early in set three before Florida pulled back ahead 5-4 and remained in front for the remainder of the frame. The Gators held a 15-10 lead at the media timeout and led by the same margin at the Tide’s first team timeout, 17-12. Two quick points for Florida made it 19-12 at Alabama’s second timeout and the Gators would hold on to win the set, 25-19, and complete the sweep.