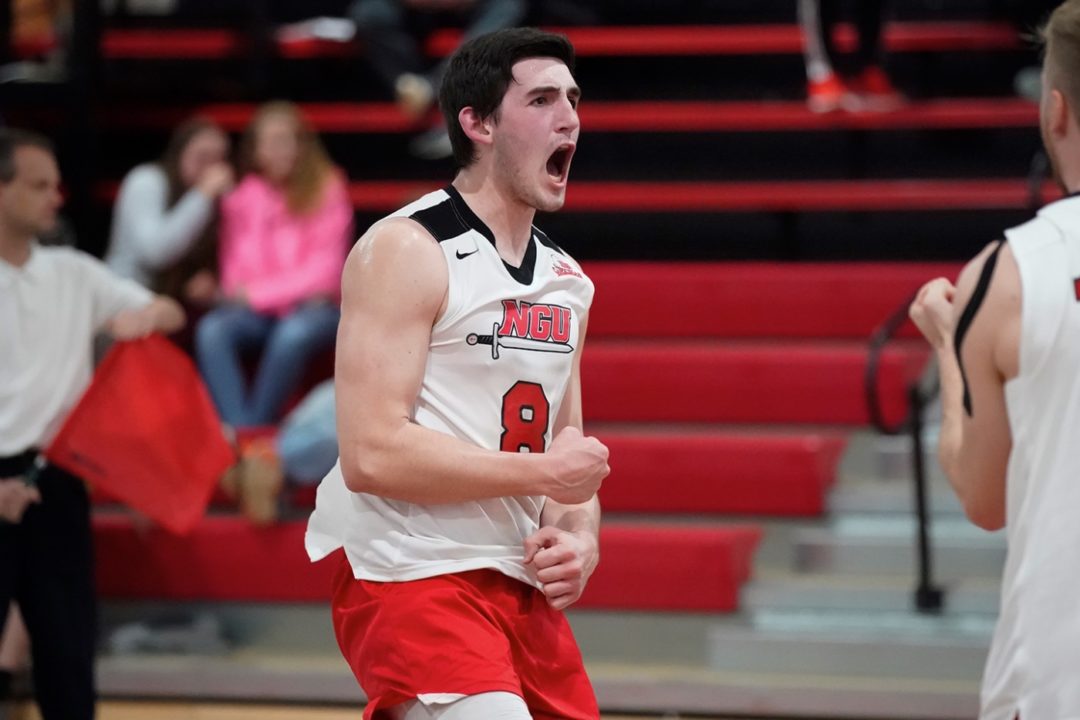 February 28 brought us some Conference Carolina action along with a top-notch MIVA battle for the top spot in the league.  Current Photo via North Greenville Athletics

February 28 brought us some Conference Carolina action along with a top-notch MIVA battle for the top spot in the league. North Greenville, King and Limestone found themselves with victories from the Conference Carolina side of things while Loyola-Chicago swept Lewis to take over the sole first-place position in the MIVA.

North Greenville used all of their powers to take down Erskine in a five-set showdown. NGU fell in the first set but came back in the second to tie things up at 1-1. They couldn’t keep that momentum going into the third but quickly turned things around in the fourth to force a fifth and deciding set. In that final set, the Crusaders fought until the end to take the 15-13 fifth set win.

Matthew McManaway led the Crusaders with 12 kills and 9 blocks while Jackson Gilbert and Brandon Baker posted 8 kills each. From the back row, Dustin King picked up a match-best 18 digs.

Limestone picked up a straight-set Conference Carolina win over Emmanuel. The Saintes posted a .319 hitting clip in the match while holding their opponent to a lost .174 hitting percentage.

King used strong defense to take down Lees-McRae in a three-set match. Lees-McRae struggled to find any sort of offense as they recorded a negative hitting percentage of -.057 and just 5 blocks. Jeff Sprayberry led the King offense with 11 kills on a .556 hitting clip while Dalton Johnson posted 7 blocks with three being solo blocks.

#5 Loyola-Chicago took down #8 Lewis in straight sets in front of a home crowd. This match puts the Ramblers at the top of the MIVA for the sole first-place position this season. Read about it here.