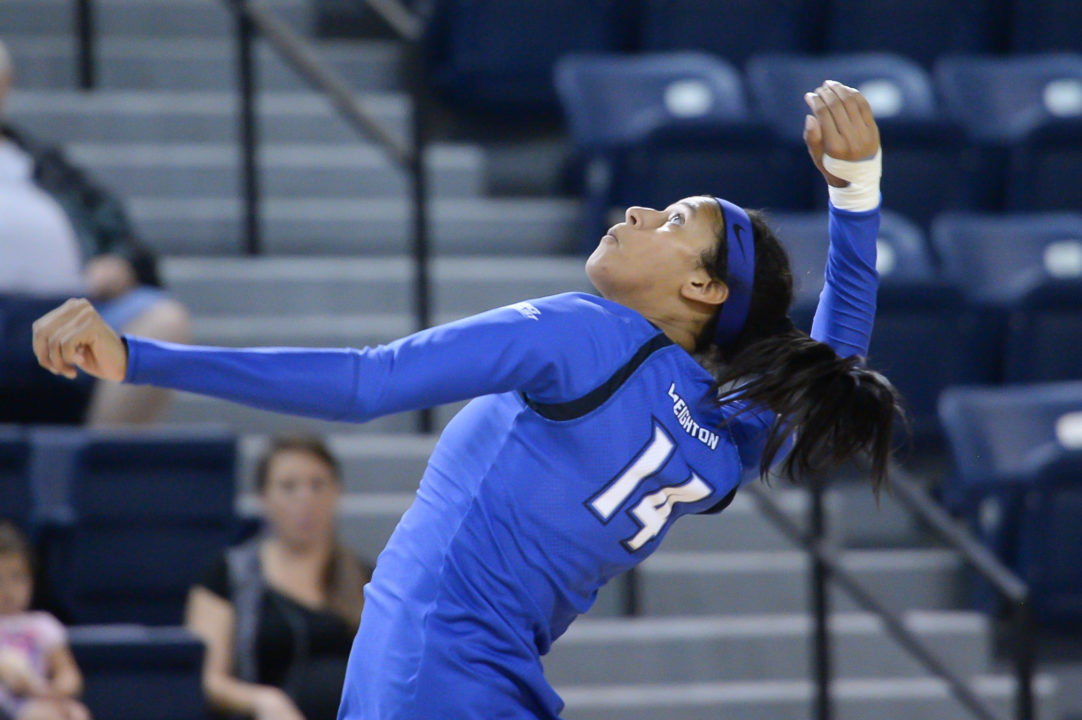 Former Creighton middle blocker Brittany Lawrence is headed to Northern Colorado via the transfer market for 2018. A fifth-year senior, Lawrence will have one year of play with the Bears. Last fall she was recognized during Creighton’s senior day as she is scheduled to earn a degree from the school.

A 6’4″ native of North Platte, Nebraska, Lawrence joined the BlueJays volleyball program back in 2014 out of St. Patrick High School. She then redshirted in her first year on campus before slowly growing her playing time in the next three.

Lawrence also becomes the second Creighton player to leave from transferring out, although they’ve added a pair from the market as well. The BlueJays finished 2017 at 26-7, winning the Big East and earning the #9 seed for the NCAA Tournament. They’re left with four players who can play middle blocker returning to their roster for 2018 plus any new additions.

For her new school, Northern Colorado, Lawrence joins a group with four others who can play middle blocker on the Bears’ 2018 roster. As a team they’re coming off of a 14-16 season in which they went 7-9 playing in the Big Sky Conference, which they last won to go to the NCAA Tournament in 2014.