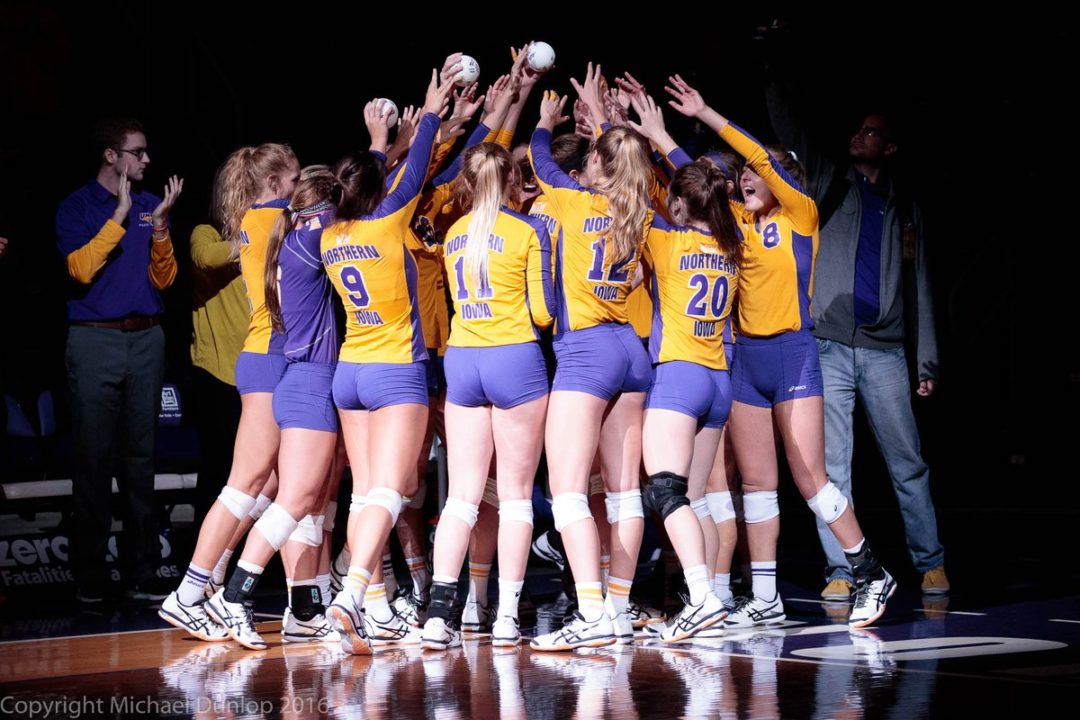 Since the NCAA started sponsoring women’s sports, including volleyball, in 1981, there are 6 teams who have never had a losing season. 5 of them are nationally weighed as the royalty, having each won 3 NCAA titles, 9+ NCAA Final Four appearances, and a general reputation for volleyball greatness. Hawaii, Nebraska, Penn State, Stanford, and UCLA have combined to win 25 of the 36 NCAA titles in women’s volleyball, and none of them have ever had a losing season.

But the 6th – while a known quantity for avid fans of college volleyball and a very good program (obviously) – isn’t as much of a household name.

When they won their 16th game of the 2017 season last week, the Northern Iowa Panthers guaranteed their 37th-consecutive non-losing season of NCAA volleyball.

The mathematical break-even came on October 13th with a 3-0 win, at home, against Southern Illinois.

The last 18 of those winning seasons have been the responsibility of Bobbi Petersen, who is the 12th-most successful active coach in NCAA D1 volleyball with a .767 winning percentage.

A hallmark of Petersen’s run is that she has long-tenured assistants as well. Assistant coach Kalani Mahi is in his 14th year with the program, and Kim Davis is in her 16th year as an assistant with the Panthers. Even the program’s Director of Volleyball Operations Michelle Coulter is a veteran in her 16th year, and prior to that she was a 4-year member of UNI’s varsity team.

And that’s what stands out about this program. They can’t rely on the cachet and huge budgets of schools like Stanford, Nebraska, and UCLA. They instead rely on reputation and that connection of tradition – Petersen, Davis, and Coulter  are all Northern Iowa volleyball alumnae.

Coaches who have contributed to that run: