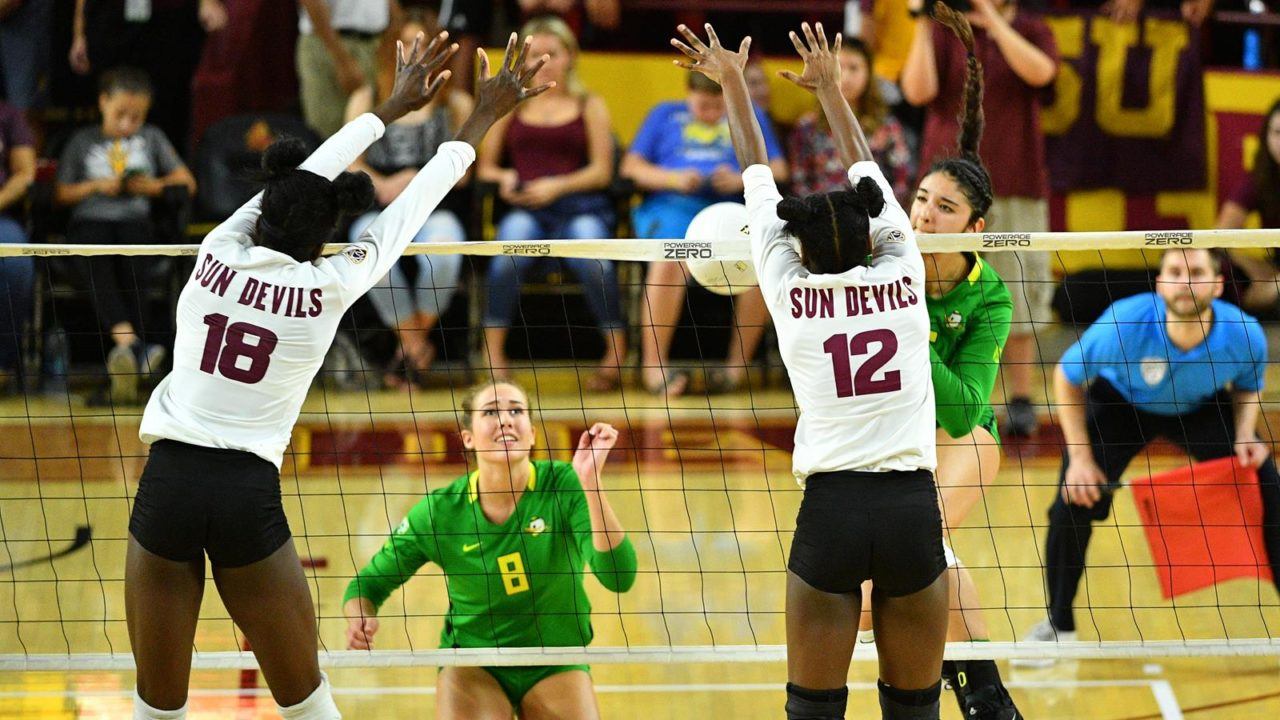 “Jasmine connected with our players and coaches immediately,” Geoff Carlston, head coach, said. “On top of being an incredibly gifted athlete, she is a very enthusiastic and positive person. She will compliment Madison [Smeathers] and Lauren [Witte} as our middle blocker core.”

Koonts recorded 190 kills and 133 total blocks (26 solo) in her two seasons as a Sun Devil. The Klein High School product ranked second on the team with 81 stuffs in 2016, making 21 starts in the middle. As a freshman in ’15, Koonts helped push ASU to a season-opening mark of 15-0 to ascend as high as No. 5 nationally and an eventual trip to the NCAA Tournament.

Jasmine is the daughter of Carol and Derek Koonts. Carol was a hurdler at Texas Tech and Sam Houston State while Derek also competed on the SHSU track and field team before coaching a number of track and field All-Americans at TCU.